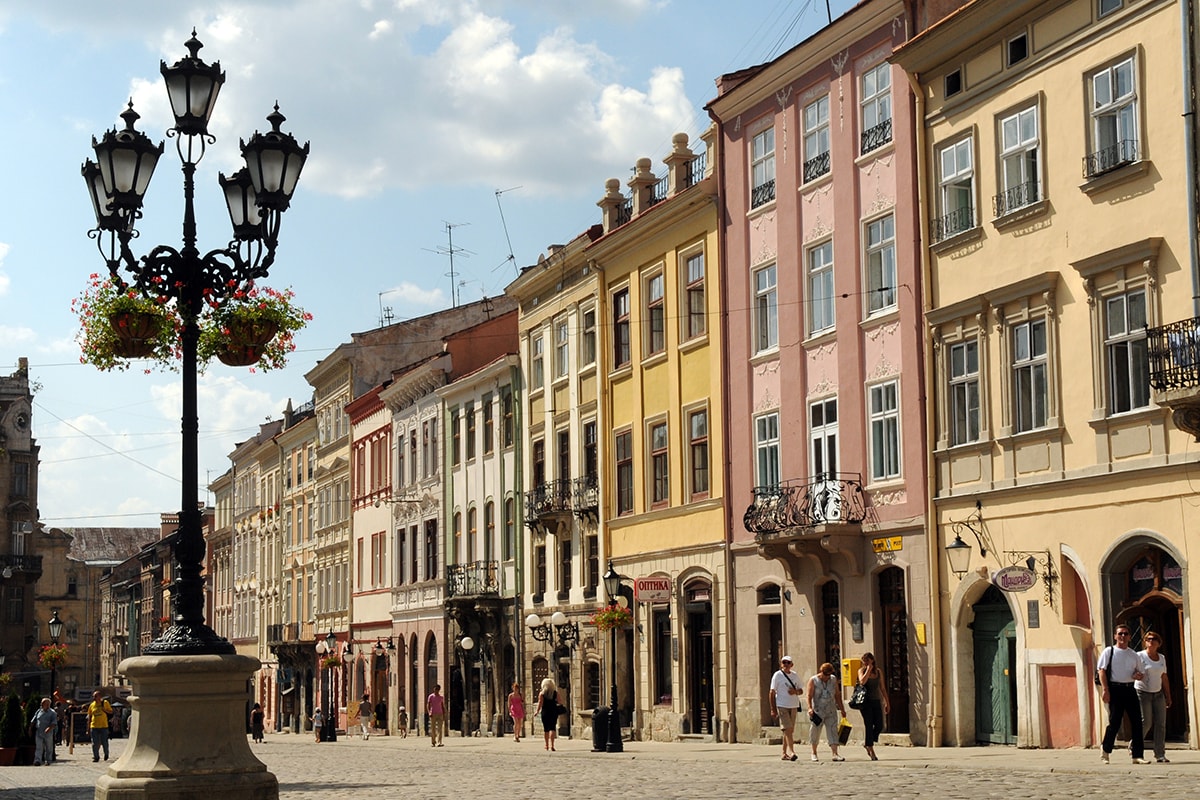 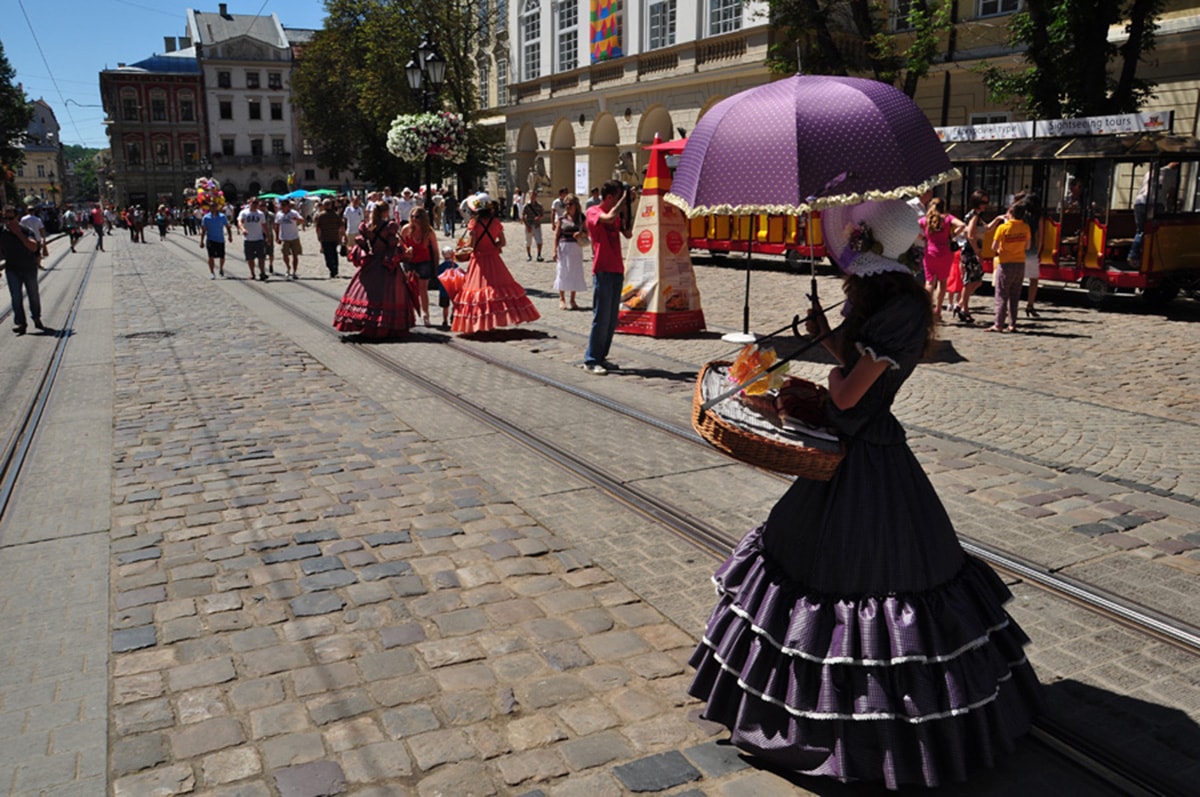 Rynok Square is the central square in Lviv, the historical heart of the modern city, a characteristic phenomenon for the medieval architecture of European cities.

After the conquest of Lviv by the Polish King Casimir III the Great in 1349, the city center was moved to the modern Rynok Square. The market was planned according to the customs of building German cities, and German builders were invited to build the buildings. The city administration was located in the center of the square, court verdicts were executed, various parties and processions were arranged. Until 1944, the city market was located here. There was probably no event in the history of medieval Lviv that bypassed Rynok Square.

Rynok Square also has certain peculiarities in terms of urban planning – eight streets depart from the square, instead of four, as was customary. Each house had not only its own architectural face, but also its own color, which was called Lviv polychrome.

In 1793, four fountains were built on the Market Square, located at each corner of the square. They were rather wells, because the water does not flow from them, but flows out. Until now, you can see the sculptural decorations of the fountains – images of mythical gods – Diana, Amphitrite, Neptune and Adonis. In the 18th century, the first kerosene lanterns appeared on the Market Square, and in the second half of the 19th century, gas lanterns shone here, which were replaced by electric ones in 1952. In 1894 the first track of the electric tram passed through the square. In 1998, all the buildings on Rynok Square were included in the UNESCO World Heritage List