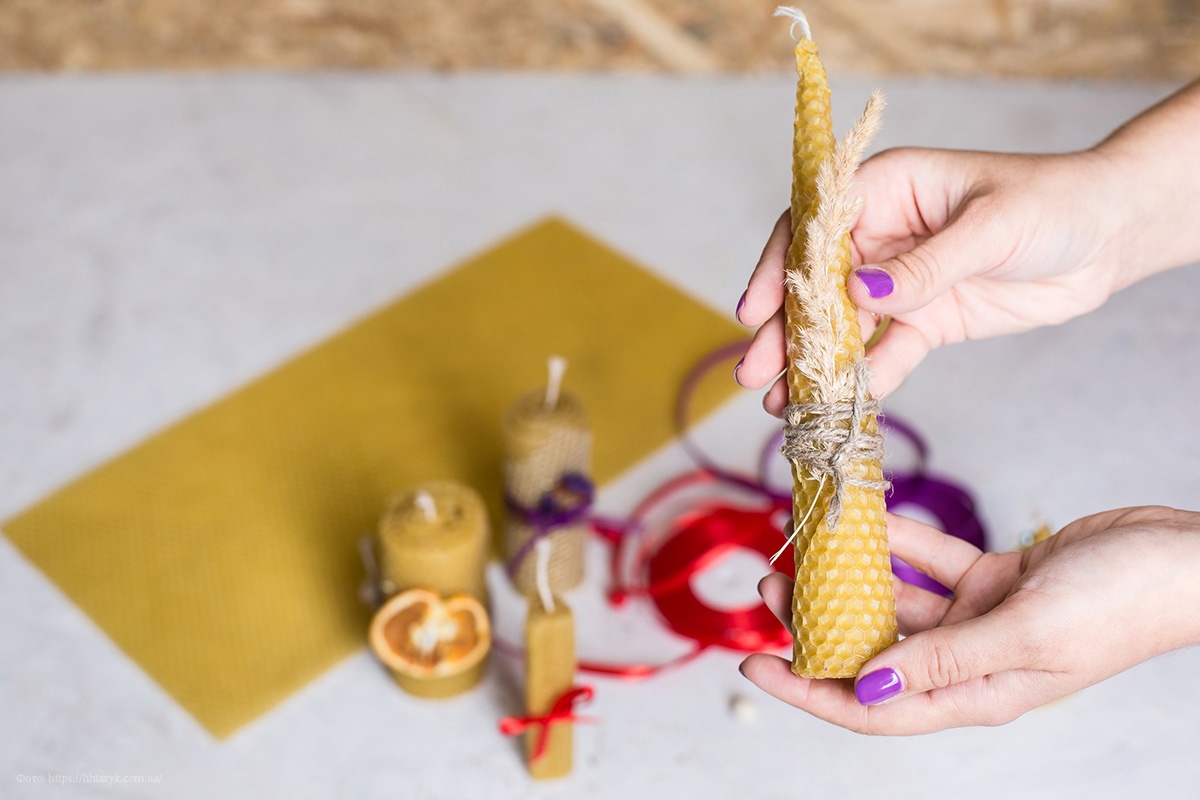 In ancient times, special people – candle makers (candlemakers) were engaged in the production of candles and their sale. Home-made candles were widespread in Ukraine, even after the appearance of factory production. Candles were made of wax. The very making of candles took place with great reverence. When making candles to God, they took care of the purity of work and material, chose for this certain days and even hours, while reciting prayers and lighting a lamp in front of the icon. Trinity candles, made by a special technology, painted and decorated, became really widespread. Colored candles were also common, they were made by adding paint to wax. Today, the craft of making candles is experiencing its “second birth”