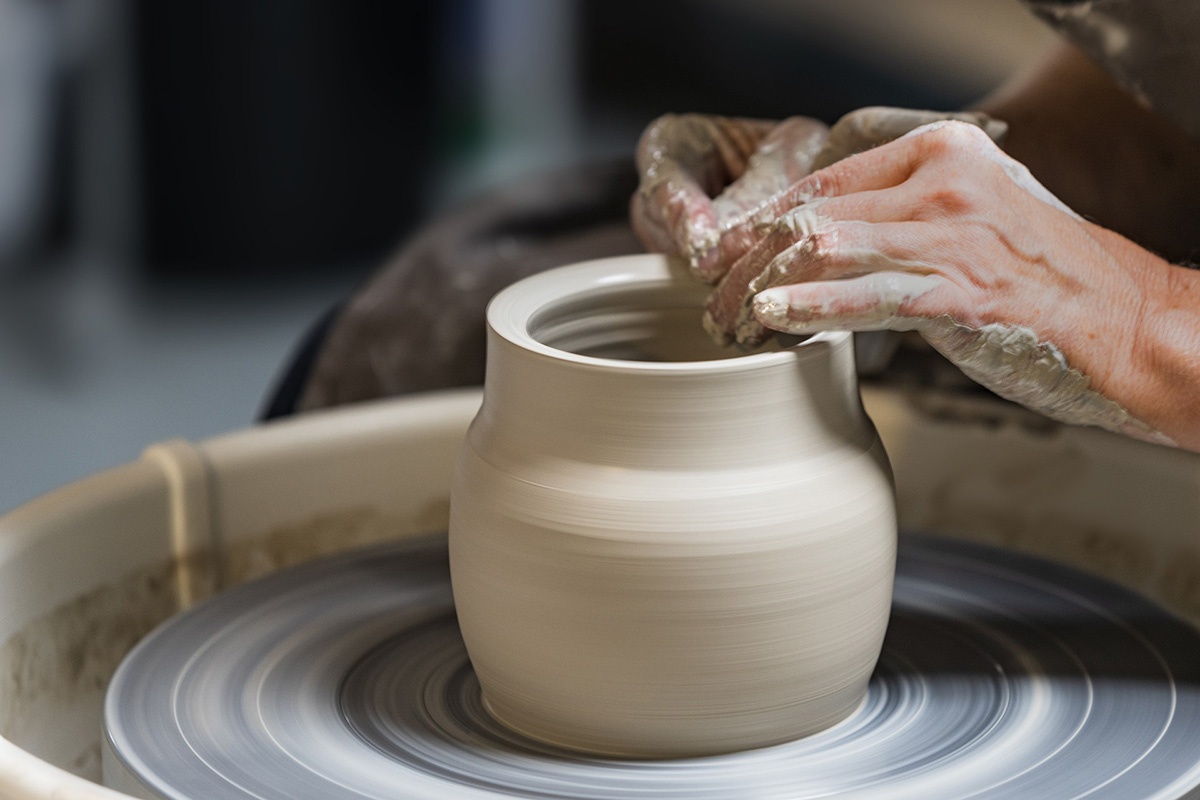 Pottery is the processing of clay and the manufacture of various kitchen utensils, as well as bricks, tiles, tiles and other ceramics. Pottery has been known in Ukraine since Neolithic times (V-VII millennium BC). Most ceramic pottery in Kievan Rus was made on a hand-made pottery wheel, which appeared here in the II century AD. In the XIV-XV centuries began to use the foot circle. Due to the rich deposits of clay, pottery was spread throughout Ukraine, where a variety of utensils were made: pots, bowls and half-bowls, jugs, makitry, barrels, jars, decorative utensils, children’s toys and more. The largest centers of pottery, which work today – are Opishne, Kosiv, Bubnivka