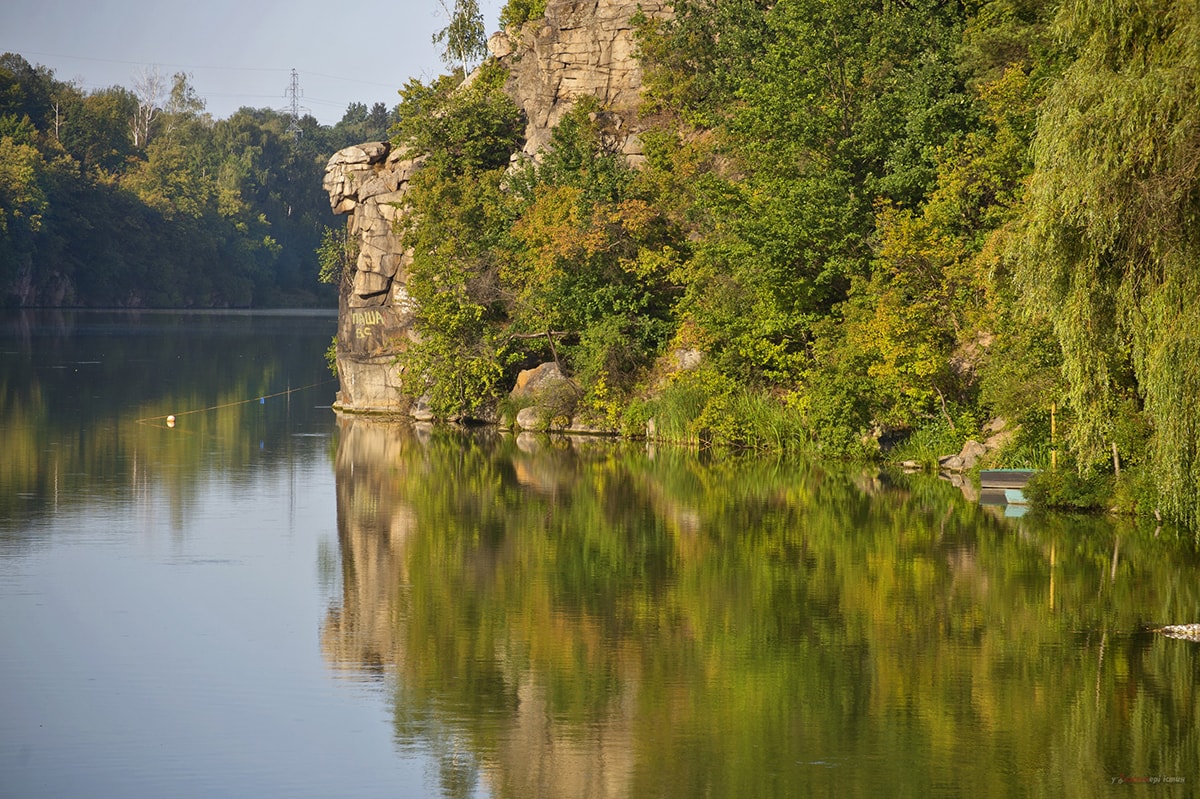 The rock “Head of Chatsky” is an interesting geological monument of national importance and one of the wonders of Ukraine. The “Head of Chatsky” appeared many millennia earlier than the city itself. This stone bust became a real symbol of Zhytomyr and was formed due to the weathering of granite rocks.

There are many legends around her. The most common version is that the rock in the XIX century named after Tadeusz Chatski, a Polish historian who opened several schools in Volyn. It was he who founded the Kremenets Lyceum, on the basis of which the modern Taras Shevchenko National University later emerged, and the Volyn Gymnasium in Zhytomyr, which became the Ivan Franko University. By the way, the rock really resembles a portrait of a philanthropist in profile – a high forehead and a straight nose.

The rock is very visible from the hill near the Monument of Glory and from the observation deck on the dam of the Teterivka Reservoir. In summer, you can relax here, which is known to all residents of the city, so do not miss the opportunity to visit it. Wedding photo shoots are often held here, because the view of stone rocks in combination with the water surface is a wonderful romantic background.