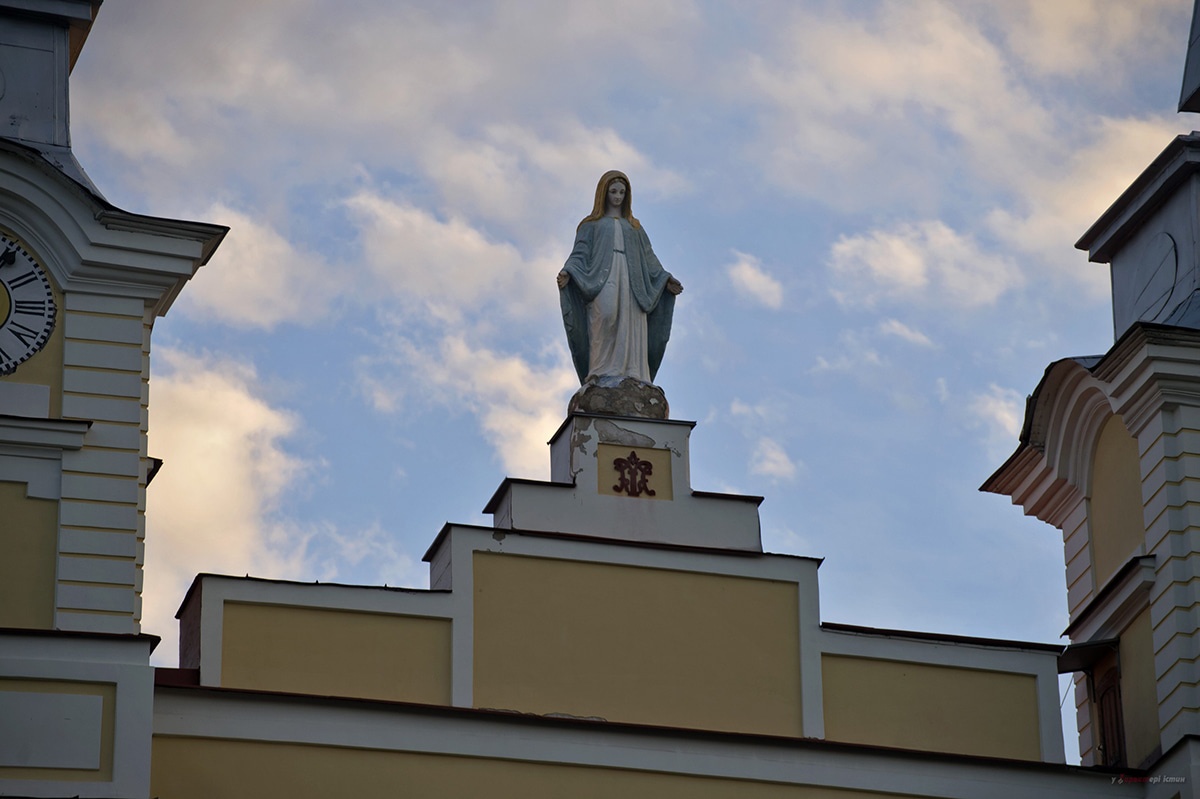 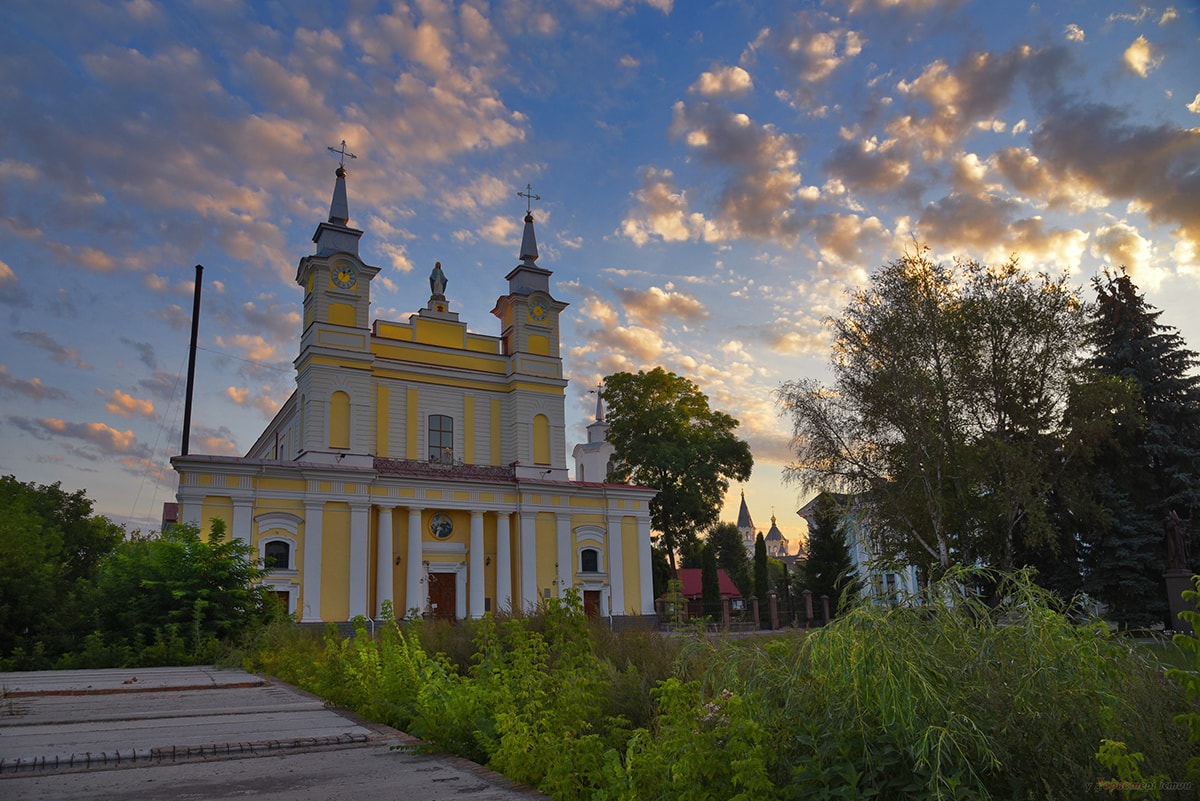 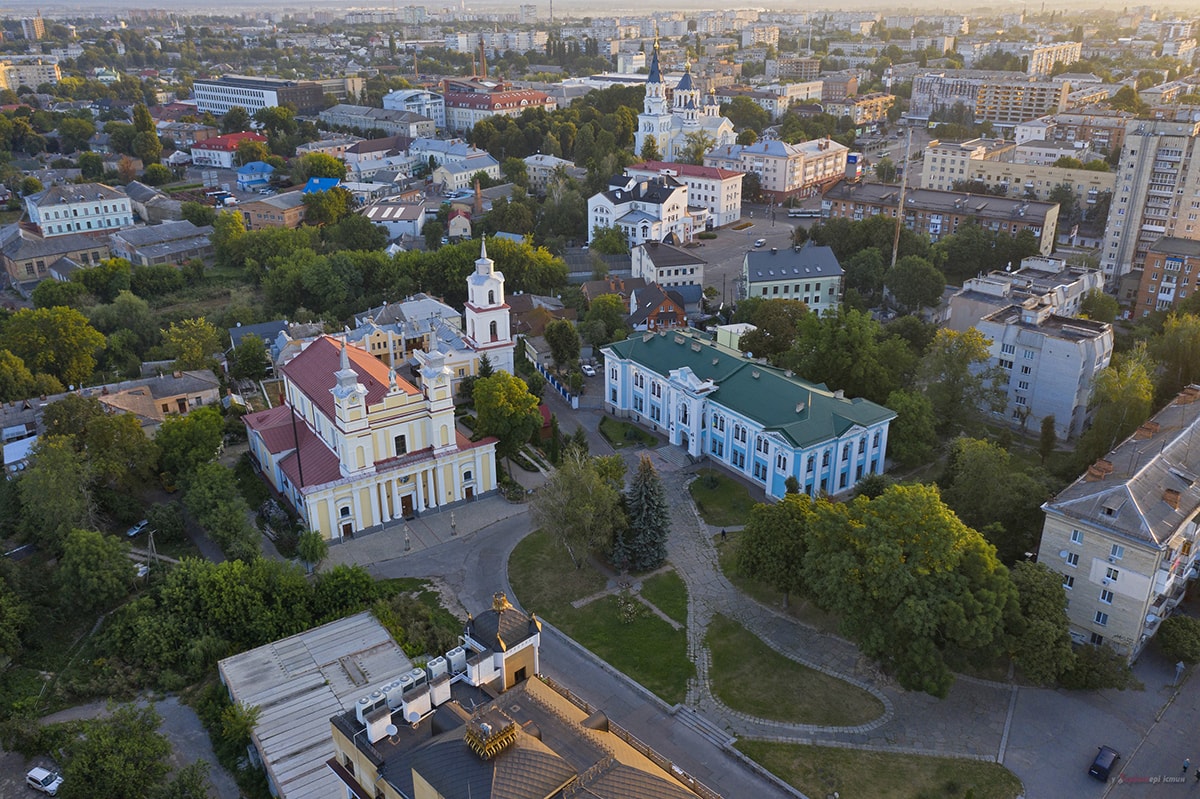 Cathedral of St. Sophia is a Roman Catholic church in Zhytomyr, a cathedral. It was built in 1746 and rebuilt in 1789-1801. The church was built as a successful combination of Baroque and Late Renaissance. In the XIX century the church was reconstructed, and the predominant style in its architecture became classicism. The interior decoration of the temple, stucco and wall paintings have remained unchanged.

The facade of the Hagia Sophia is divided into two tiers, the building is crowned with sharp towers. To the northeast of the church is a bell tower, which is 26 meters high. The thickness of the brick walls of the cathedral reaches 2 meters. One of the pylons of the building is decorated with a bas-relief dedicated to the famous pianist and composer Juliusz Zarembski. The look of the cathedral is complemented by Ionic and Tuscan warrants, as well as the decoration of the towers with rusts.

Today the church is one of the oldest architectural monuments of Zhytomyr of national importance, which has survived to this day. In 2011, a monument to Pope John Paul II was erected in front of Hagia Sophia.