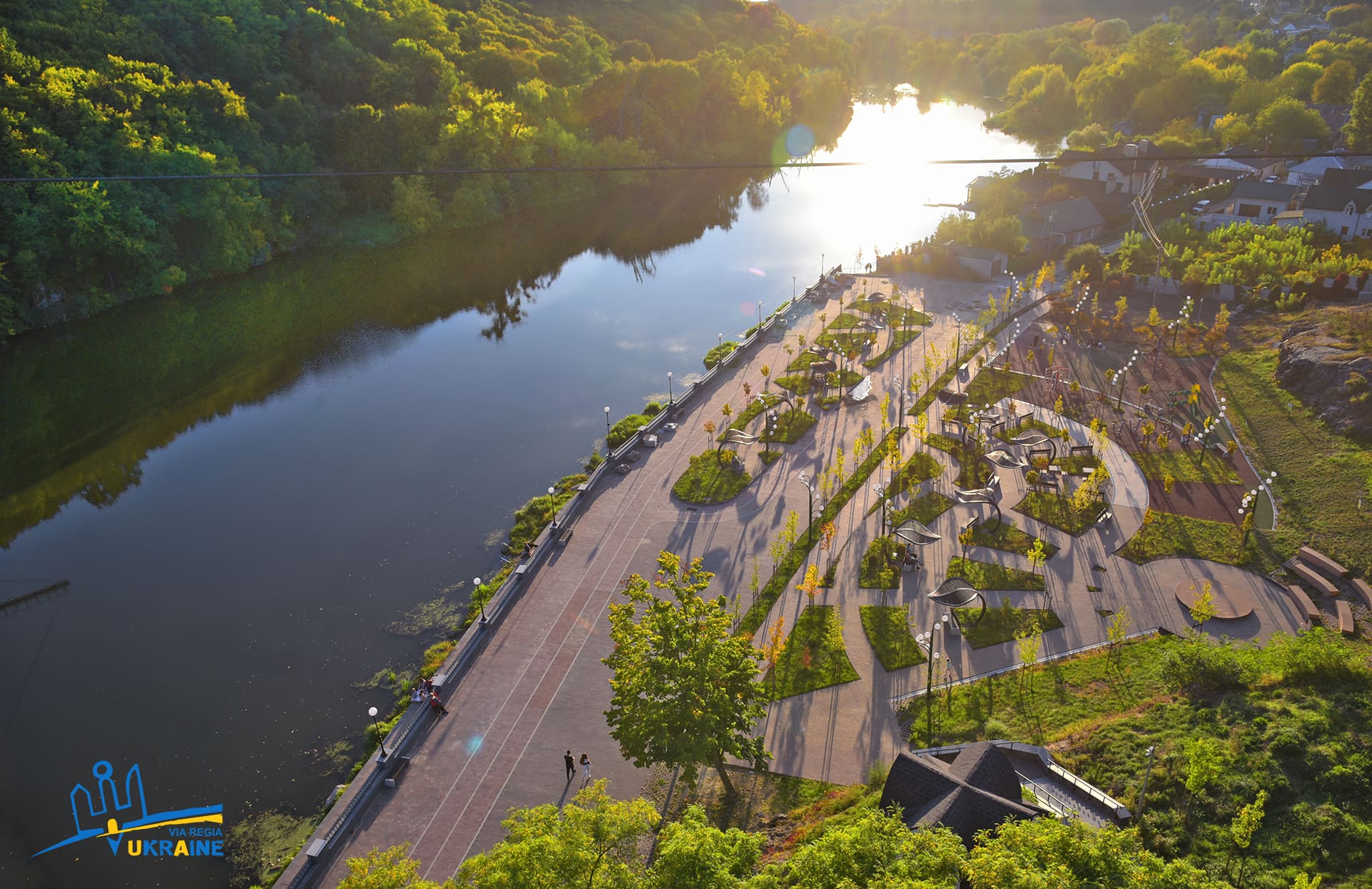 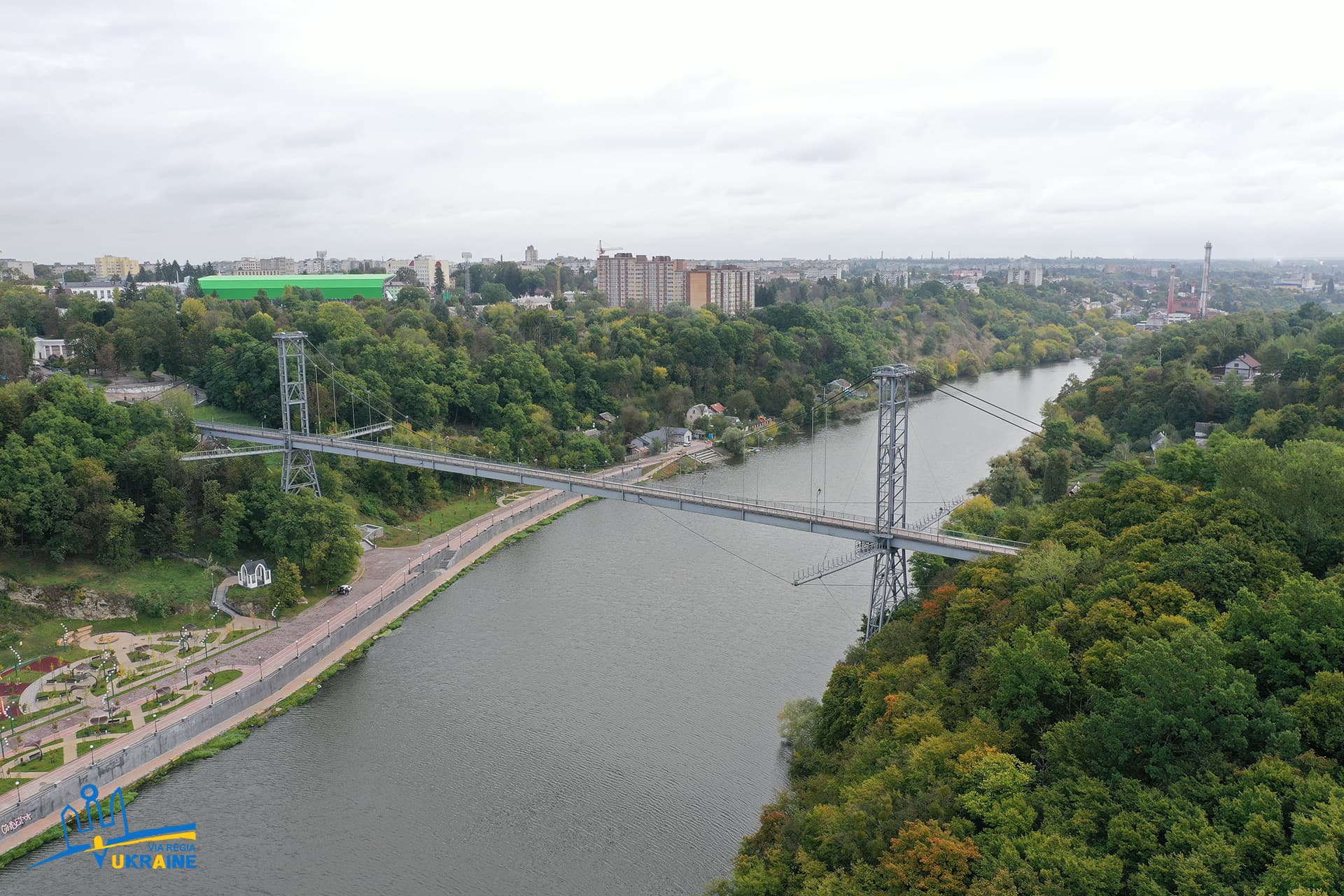 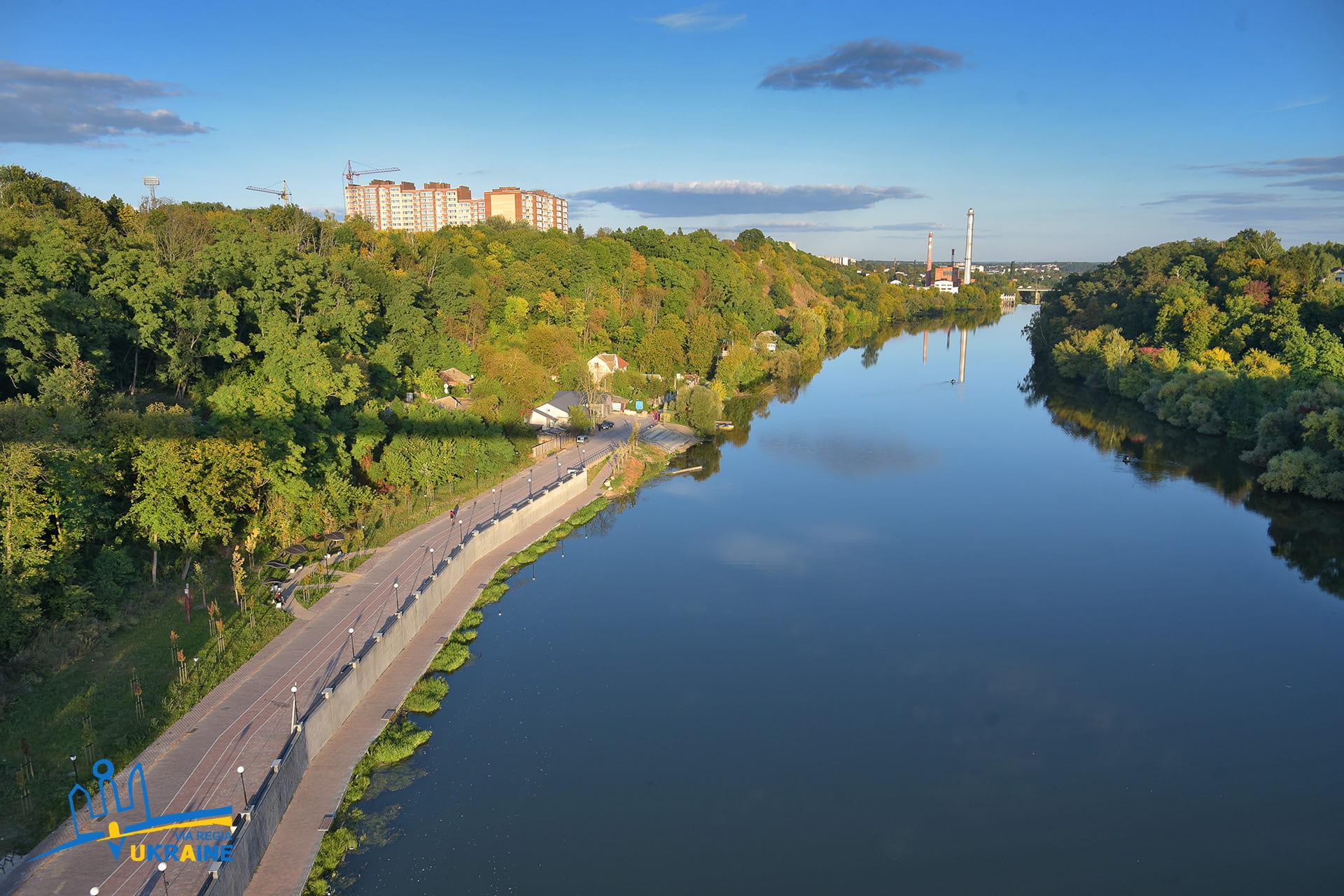 The suspension pedestrian bridge across the Teteriv River, which is located in the Gagarin Park, is one of the most interesting tourist locations in Zhytomyr. The bridge was built in 1982 and was originally part of the designed Combat Glory complex.

The suspension bridge is located at a height of 43 meters, its length is 350 meters, which makes this object an absolute favorite among the observation decks of the city. The bridge offers a magnificent view of the river slopes, ancient areas of the city, as well as the 37-meter Monument of Glory. This is one of the most popular places to create romantic photo shoots in the city.

It is also popularly called the Bridge of Lovers. He got this name due to the fact that it is on this bridge that lovers often, as a sign of their love, hang locks and throw the key into the river, thus demonstrating that they are together forever.

The suspension pedestrian bridge over the river Teteriv is a unique object, with which only world-famous constructions of the same type can compete: suspension bridges across the Bosphorus (Turkey) and in San Francisco (USA). The reliability of the structure can shake only a company of soldiers, if you cross the bridge with a minted military step.

A walk to the footbridge is often a must for a wedding program. There is also an opportunity to jump off the bridge with insurance or book a tour accompanied by a guide who will tell how Kuprin and his wife settled here, how Honore de Balzac went to his beloved in Zhytomyr across Europe, how Ferenc Liszt and Princess Wittgenstein confessed their love for each other and many other fascinating stories of the city.