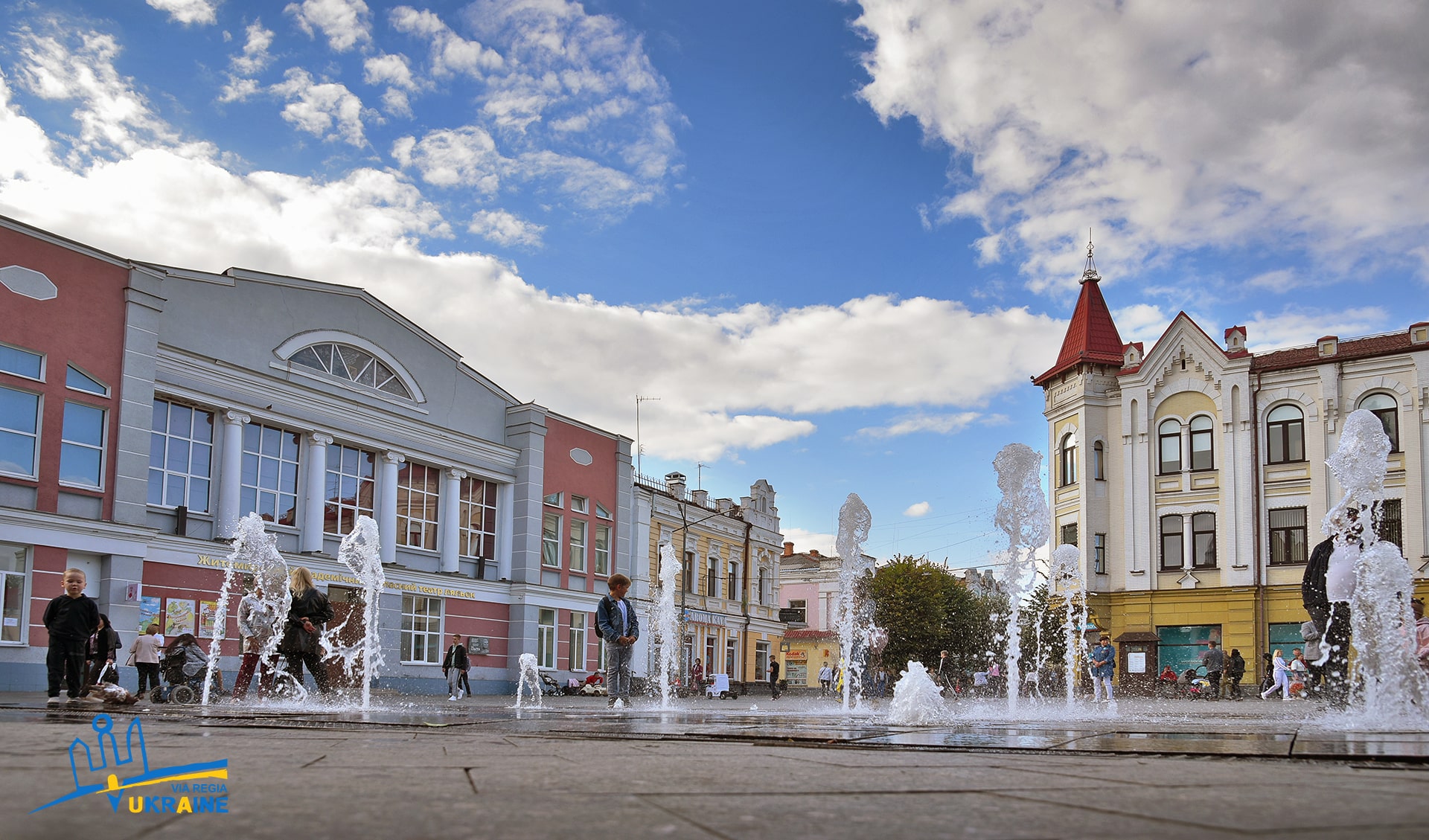 Mykhailivska Street is one of the central streets of Zhytomyr. It originates from Serhiy Korolyov Square, Velyka Berdychivska Street and connects it with Kyivska Street near St. Michael’s Cathedral. Its length is 370 meters, which allowed to place a modern installation «Umbrella» here, and it has become an Instagram place for citizens and guests of Zhytomyr.

The street has been pedestrianized since the middle of the twentieth century, and remains so to this day. Traditionally, it was a center of leisure, a place for walks and celebrations, with active ground floors, which housed shops, restaurants, cinemas and more.

Earlier, Mykhailivska was called Piliponivska, because it arose on the site of a settlement of Old Believers – Piliponi on the then outskirts of Zhytomyr. In the middle of the XIX century the Old Believers were expelled from the city, and here the center was practically formed. In 1856, the merchant Mikhail Khabotin built St. Michael’s Cathedral at the beginning of the street at his own expense, and in 1888 it was officially renamed.

To this day, the pedestrian street has preserved many monuments of history and architecture. The names of many prominent people are also connected with Mykhailivska. These are, for example, famous Ukrainian composers Mykhailo Skorulsky, Viktor Kosenko and Borys Lyatoshynsky, playwright Ivan Kocherha, actors Ambrose Buchma and Natalia Uzhviy, talented painter and poet Maximilian Voloshin, pride of the Ukrainian nation – poets Lesya Ukrainka and Mykola Zerov and many others.

Mykhailivska literally «breathes history» at every step. The locals know the house of the «King of Gloves» (8 Mykhailivska Street) on the corner of Mykhailivska and Borys Lyatoshynsky Streets very well! A magnificent three-storey building in the style of modernized Gothic attracts attention with its well-found proportions, original shape of the windows, rich plasticity of the facade. And this is despite the fact that the house is built of ordinary brick.