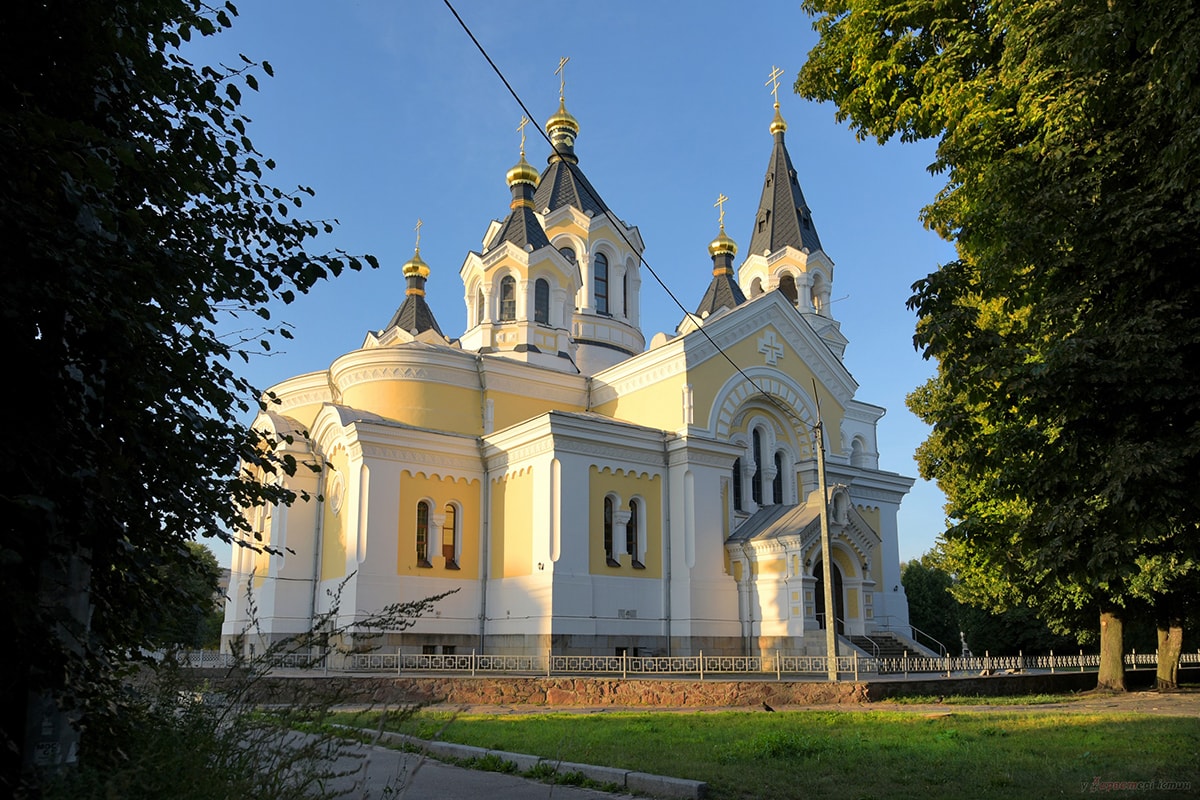 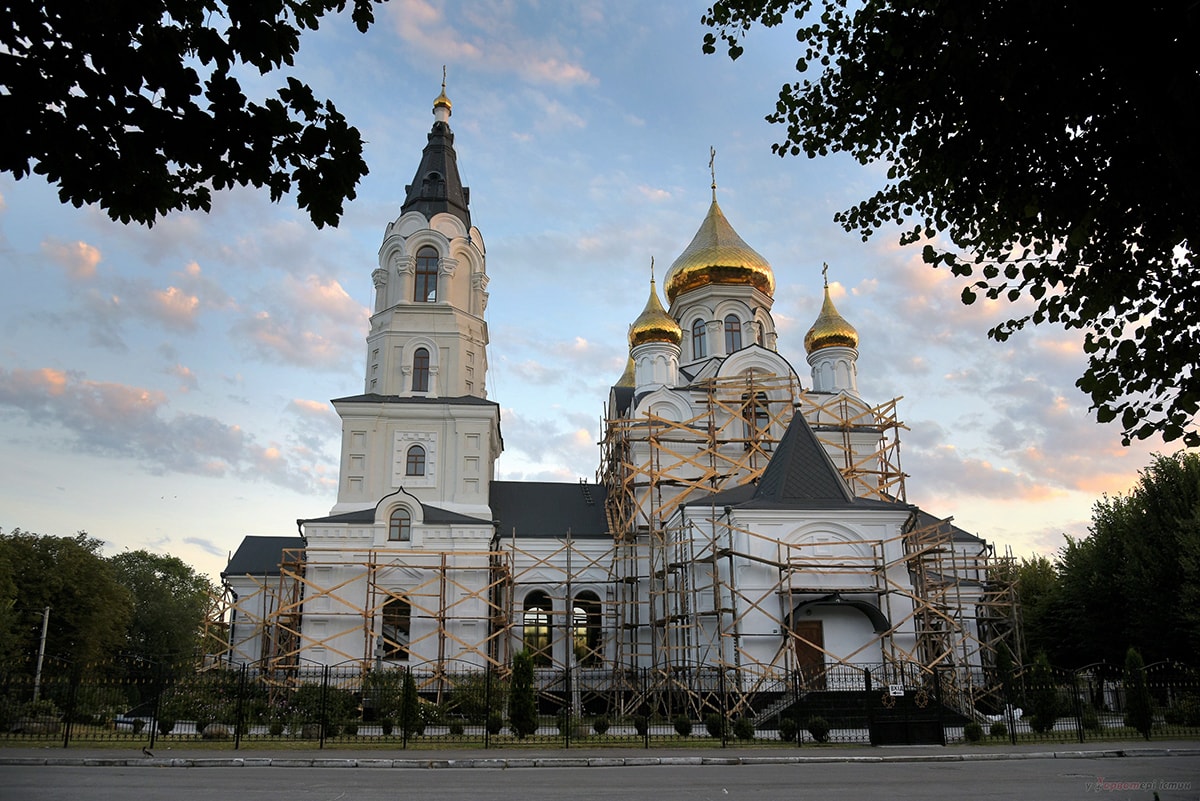 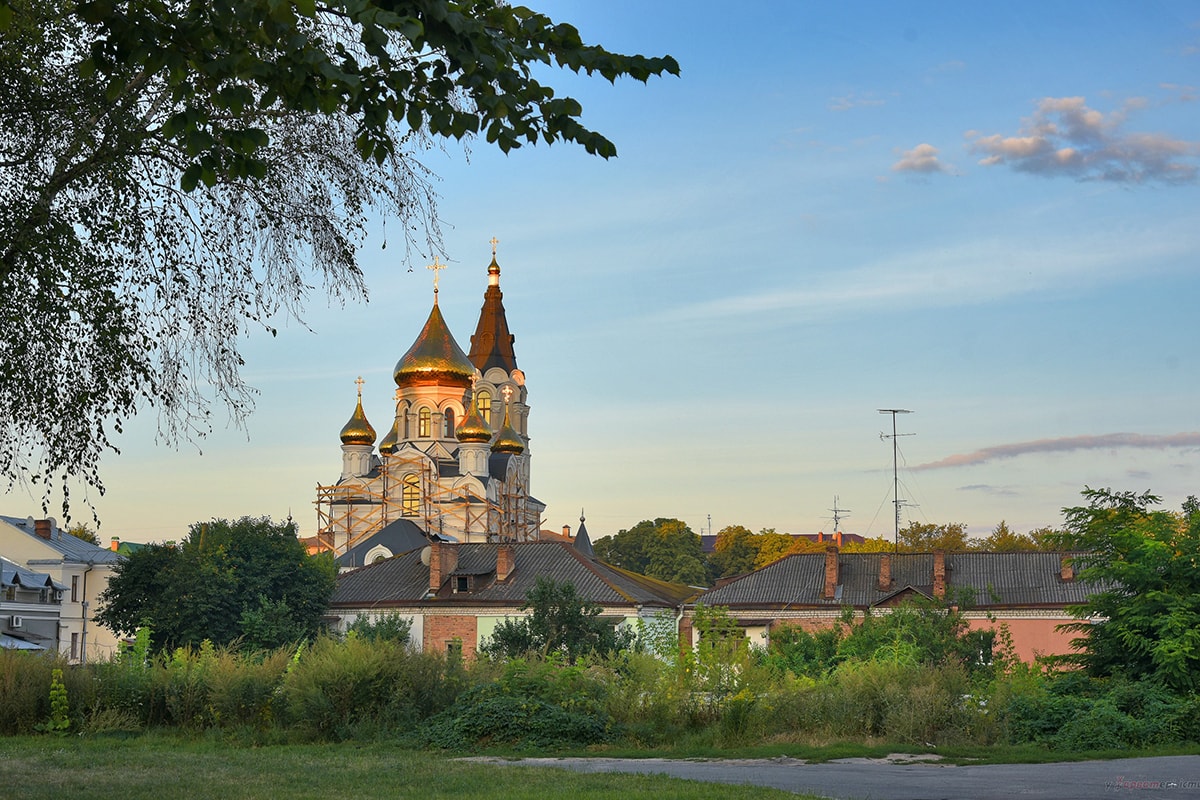 Transfiguration Cathedral – an architectural monument of national importance, one of the largest Orthodox churches in Ukraine.

Construction of the cathedral began in 1851 by order of Emperor Alexander II, as the main church of the Volyn province. In 1853, the almost finished building suddenly collapsed. The temple had to be rebuilt. The cathedral was built for the second time from 1866 to 1874. The height of the building is 53 meters. The main bell weighing 500 poods (about 8 tons) was installed on the bell tower.

It is known that the Transfiguration Cathedral preserved the ancient image of St. Basil, which Prince Vladimir the Great brought from Byzantium after his baptism. However, the icon disappeared without a trace in 1936.

The idea of ​​showing the mineral wealth of Volyn was laid in the interior design of the cathedral, granites and labradorites of Zhytomyr region were used. In the interior of the monument – wall oil painting of the XIX century. The temple is built in the Byzantine style, although you can also see the details of the ancient n architectural school of the XI-XII centuries.

Today the cathedral is a functioning Orthodox church, the bells of which call for worship and are heard at a distance of up to 20 kilometers.