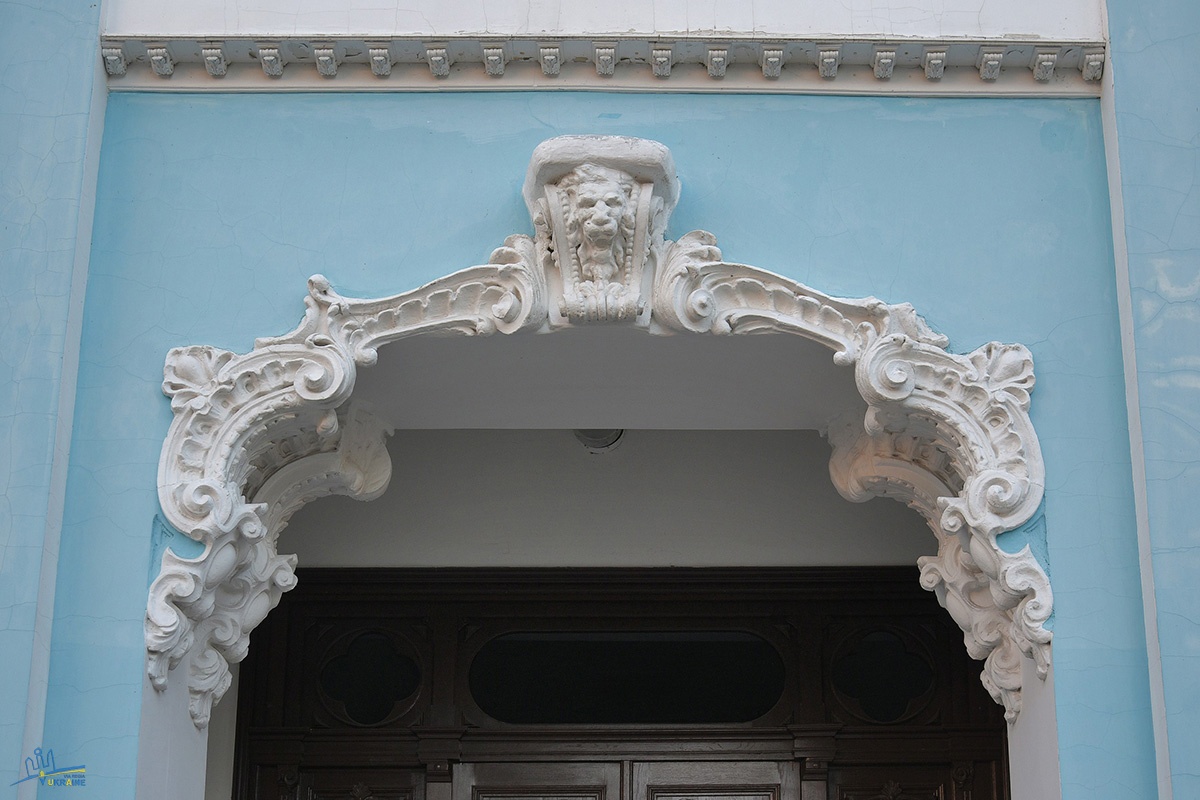 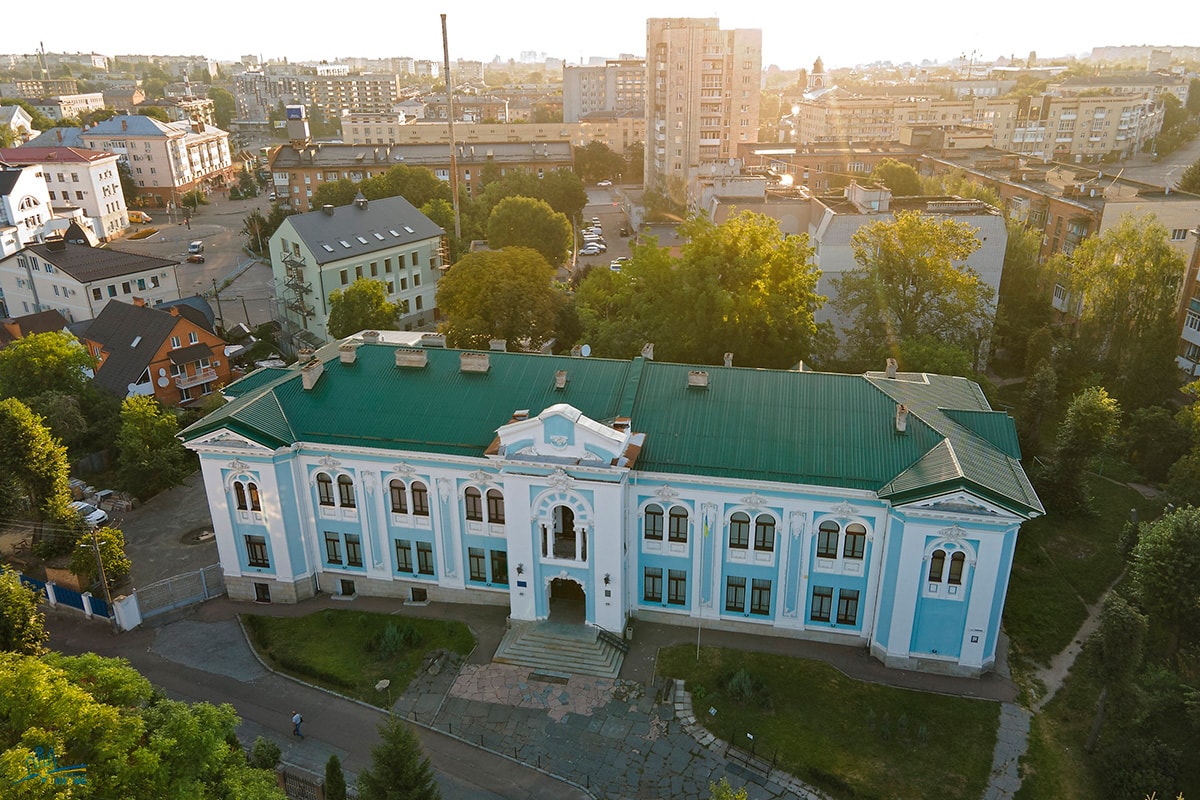 The Museum of Local Lore (Episcopal House) is located in an ancient historic building where the bishop of the Catholic Church lived more than 150 years ago. Since then, the house has hardly changed – the color of the facade has remained bright blue, only guns were removed from the entrance. Today the museum has a huge collection of paintings by world artists, as well as precious stones and minerals.

The two-storey brick building, which once served as a consistory (administrative building) at St. Sophia Cathedral in Zhytomyr, is one of the best Renaissance examples of the city’s architecture. It is decorated with a portal in the center and corner projections along the facades. Floral ornaments and small busts of angels give a special elegance to the Episcopal house. All this in combination with the blue color of the walls creates a light weightless silhouette.

The Museum of Local Lore has been operating in the former Episcopal House since 1865. His collection began to form from the first exhibit, which was a set of 48 minerals provided by the Governor of Volyn M. Chertakov. Over time, the fund began to replenish paintings by Italian, Dutch, Hungarian, German, Polish and Russian painters, as well as paintings that tell the story of the city. One of the main expositions of the museum is a collection of more than 12 thousand stuffed animals of different animals. Here you can even see models of space technology