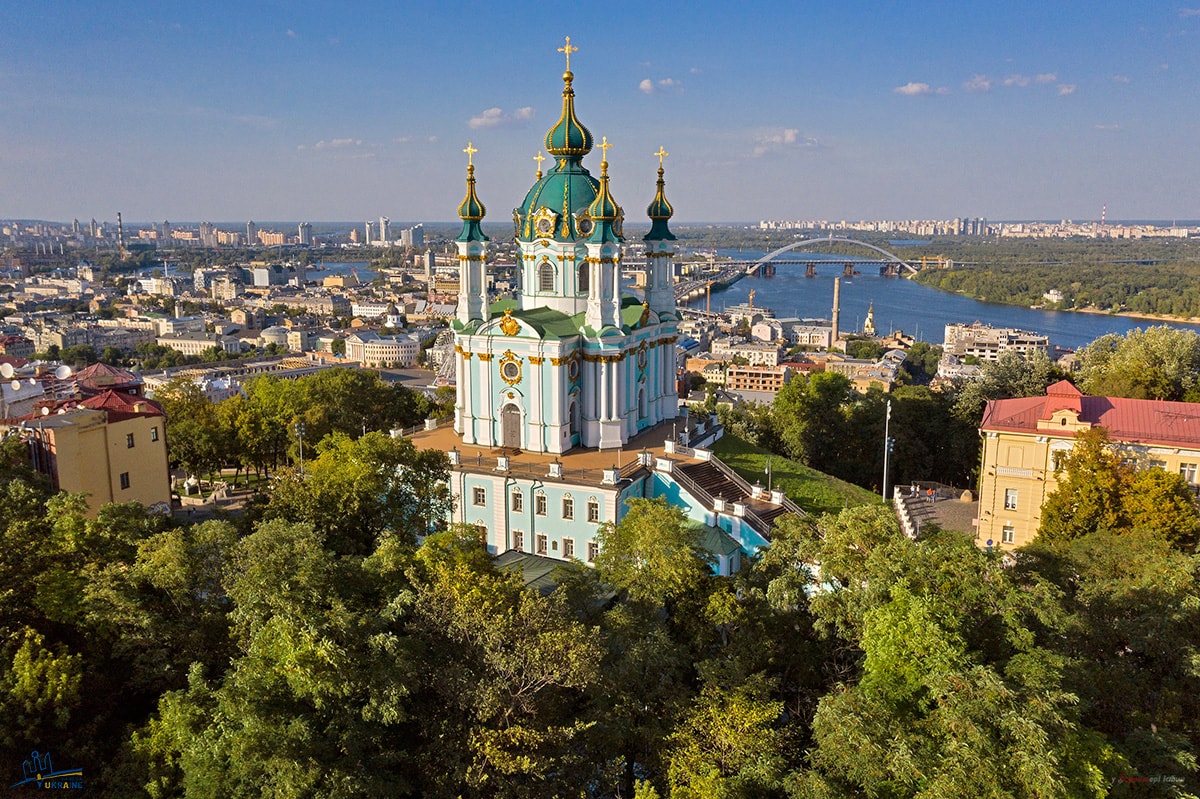 St. Andrew’s Church – an Orthodox church in honor of St. Andrew in the Baroque style, a monument of architecture and monumental painting of the XVIII century of world importance. The uniqueness of St. Andrew’s Church – in its unusual location and architecture. The temple is built on an artificial hill, and the foundation for it is the terrace of a two-story building – a stylobate, which leads to a large cast-iron staircase.

In 1215, the Church of the Exaltation of the Holy Cross was built on the site of the modern St. Andrew’s Church, which lasted until the beginning of the 17th century. Later, a wooden church was built in its place, which burned down during a fire in the late XVII century.

In 2018, the church was transferred to the Ecumenical Patriarchate, and the church itself is state-owned