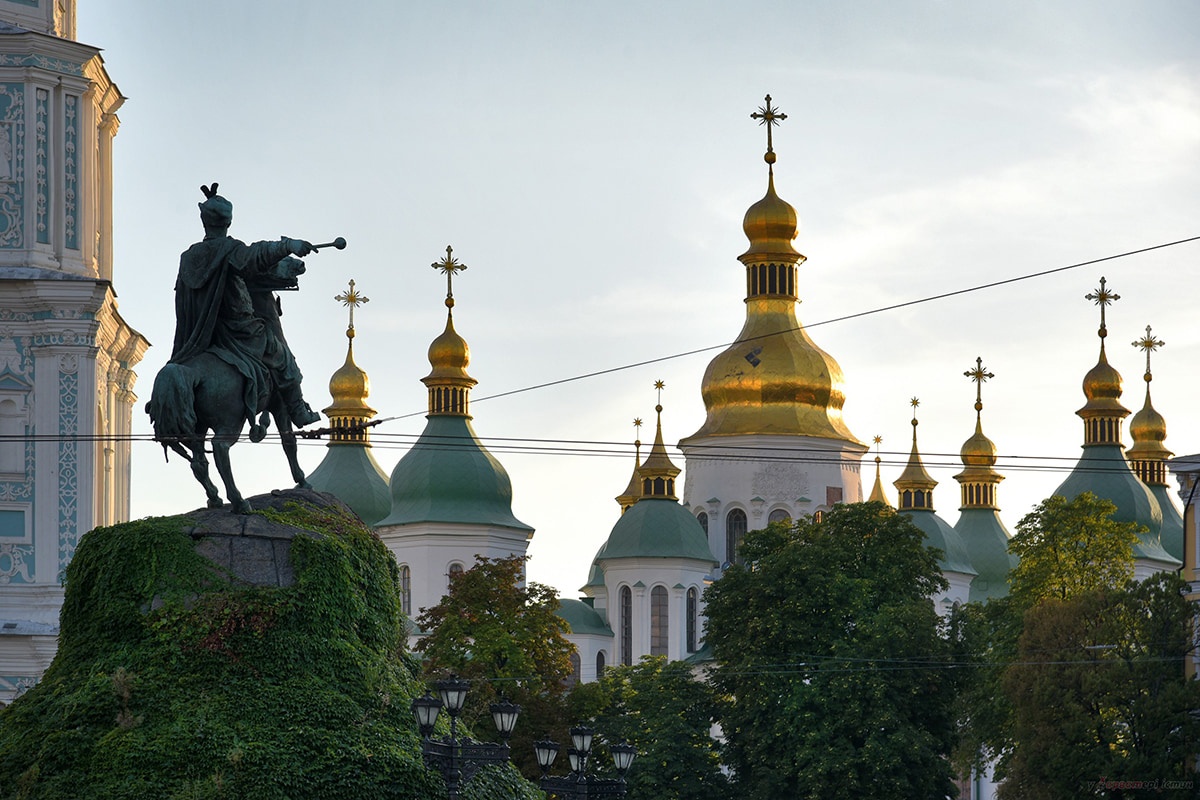 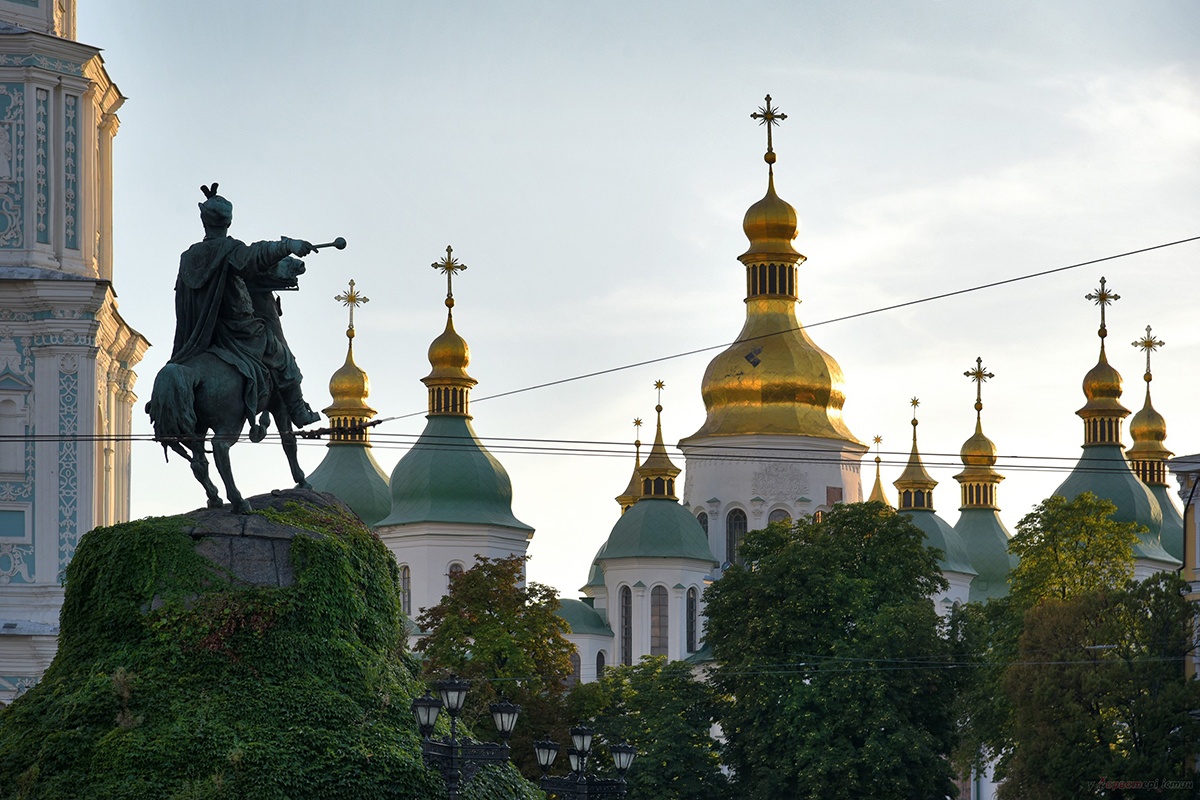 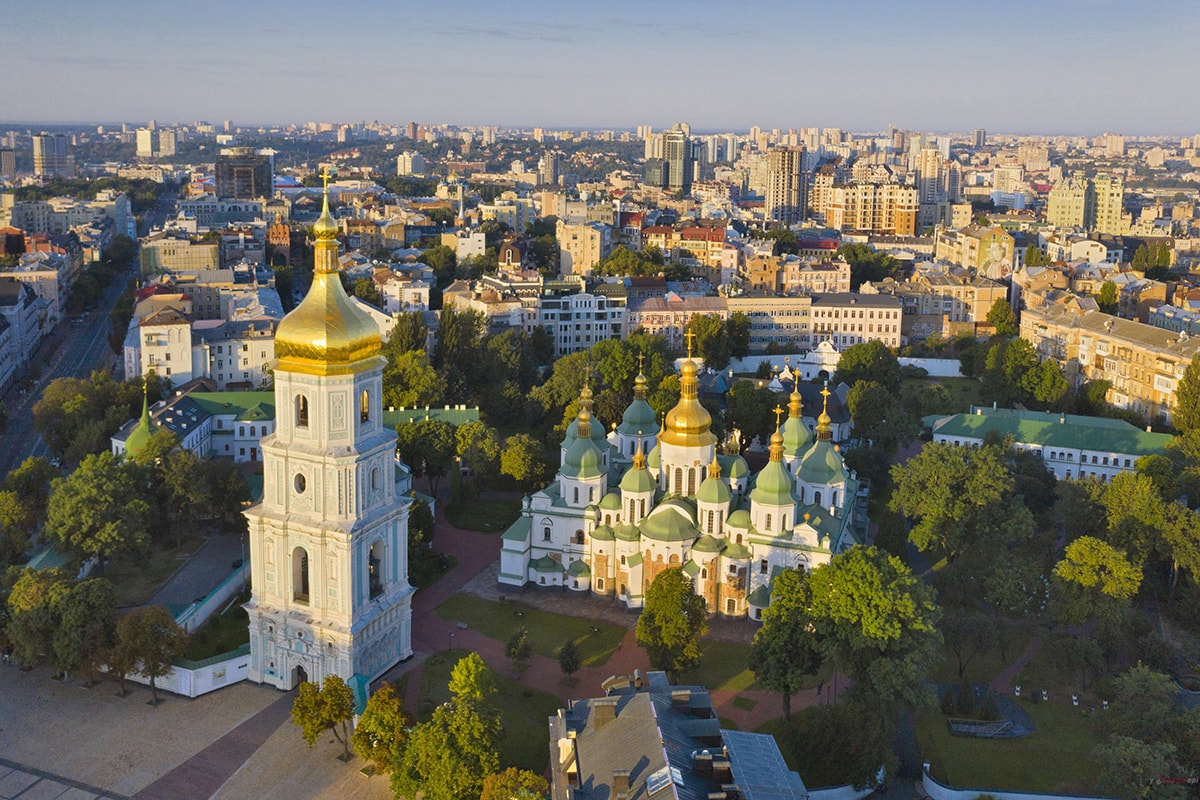 St. Sophia Cathedral, or St. Sophia of Kyiv – a monument of Ukrainian architecture and monumental painting of the XI-XVIII centuries, located on St. Sophia Square in Kiev. This is one of the few surviving buildings of Kievan Rus. The monument was the cathedral and the residence of the Kyiv metropolitans.

According to chronicle sources, the construction of the cathedral was started by Volodymyr the Great, and completed by his son Yaroslav the Wise in 1037. Over the centuries, the cathedral has survived enemy invasions, looting, partial destruction, repairs, reconstruction. In 1240, during the Mongol-Tatar invasion, St. Sophia Cathedral survived, but was damaged and looted.

Until the XIII century it was used as the main church of Rus, the burial place of the great princes of Kiev. Chronicles were kept at the cathedral, the first library of the times of Kievan Rus was created. The cathedral fell into disrepair in the 14th century, but was restored by the efforts of Metropolitan Peter Mohyla and Hetman Ivan Mazepa.

In 1934, the territory of the Sophia Monastery was declared a State Historical and Architectural Reserve. In 1990, the ensemble of the Sofia Monastery was included in the UNESCO World Heritage List. Sofia now preserves the world’s largest ensemble of unique mosaics and frescoes of the first quarter of the XI century – 260 square meters mosaics and 3000 square meters frescoes