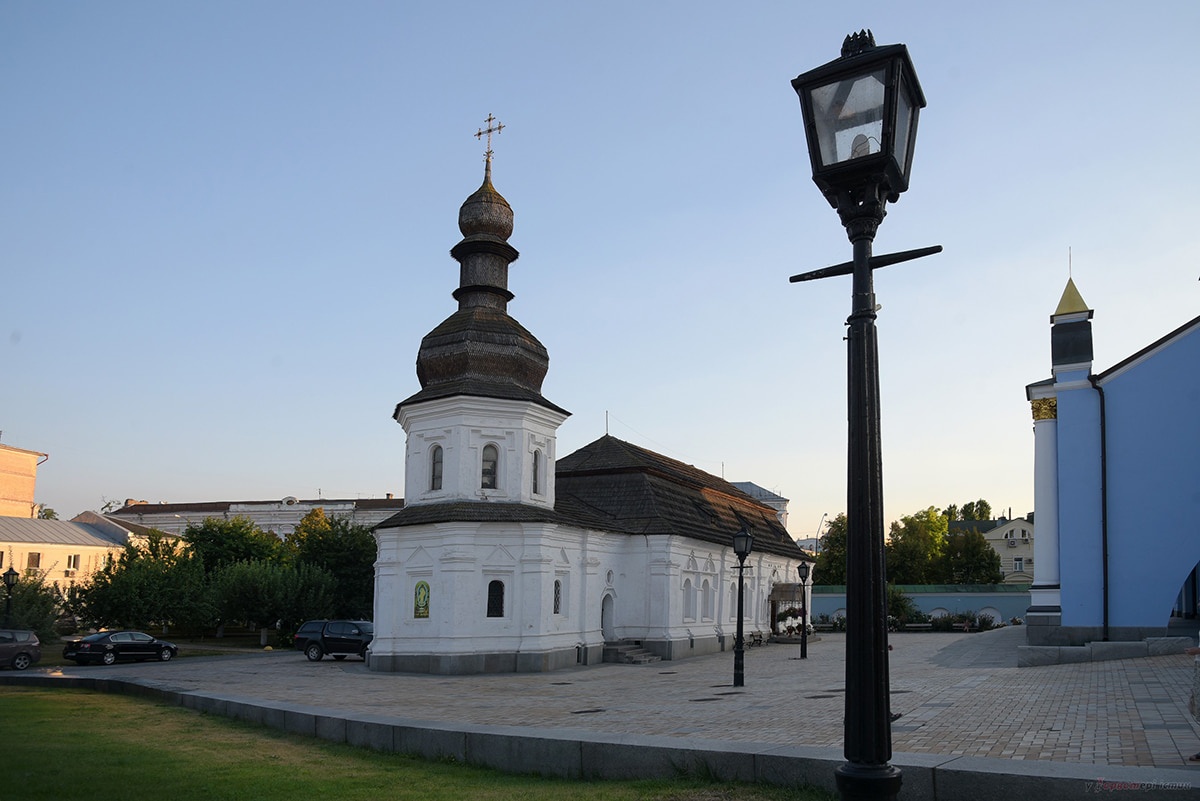 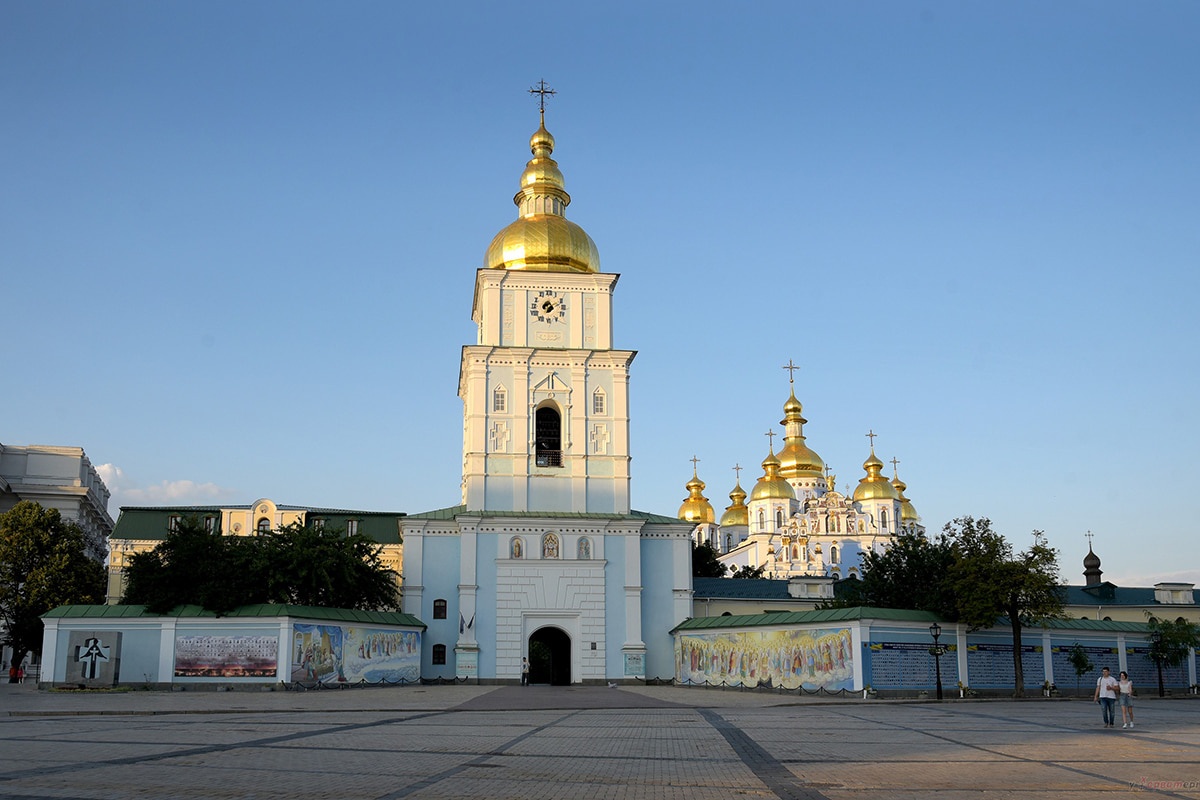 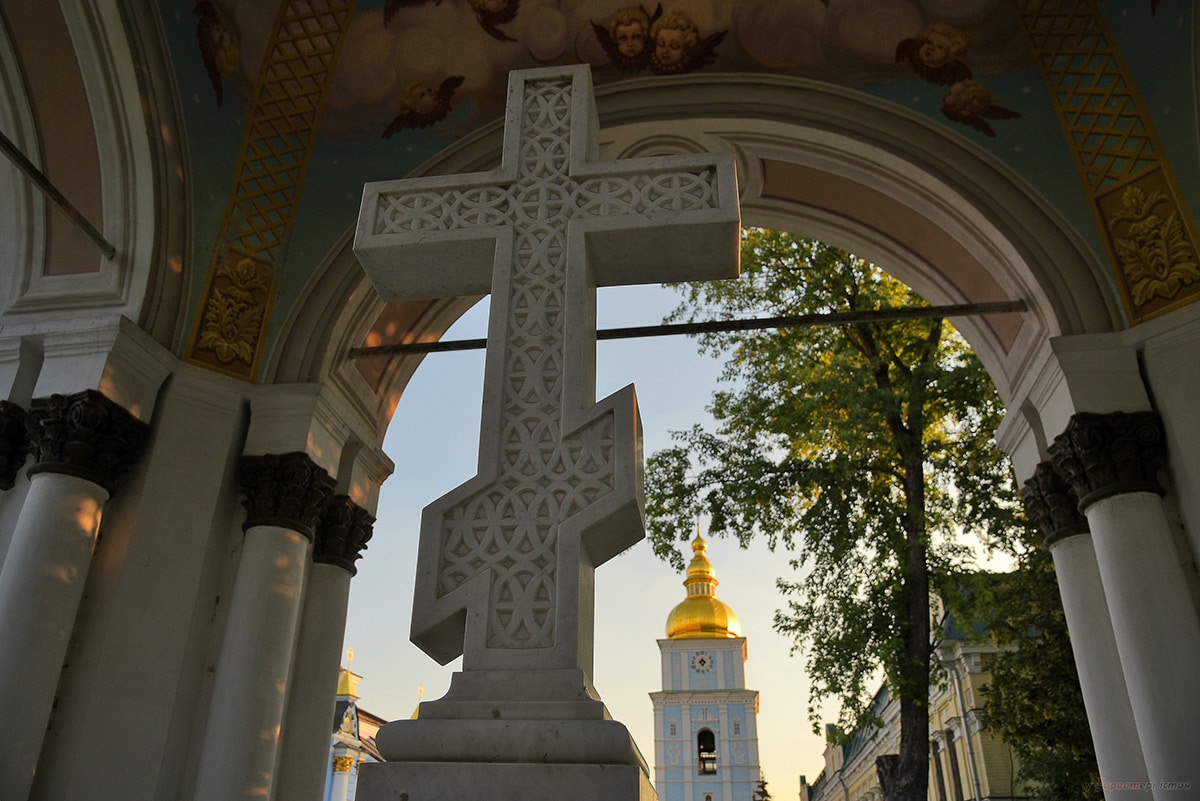 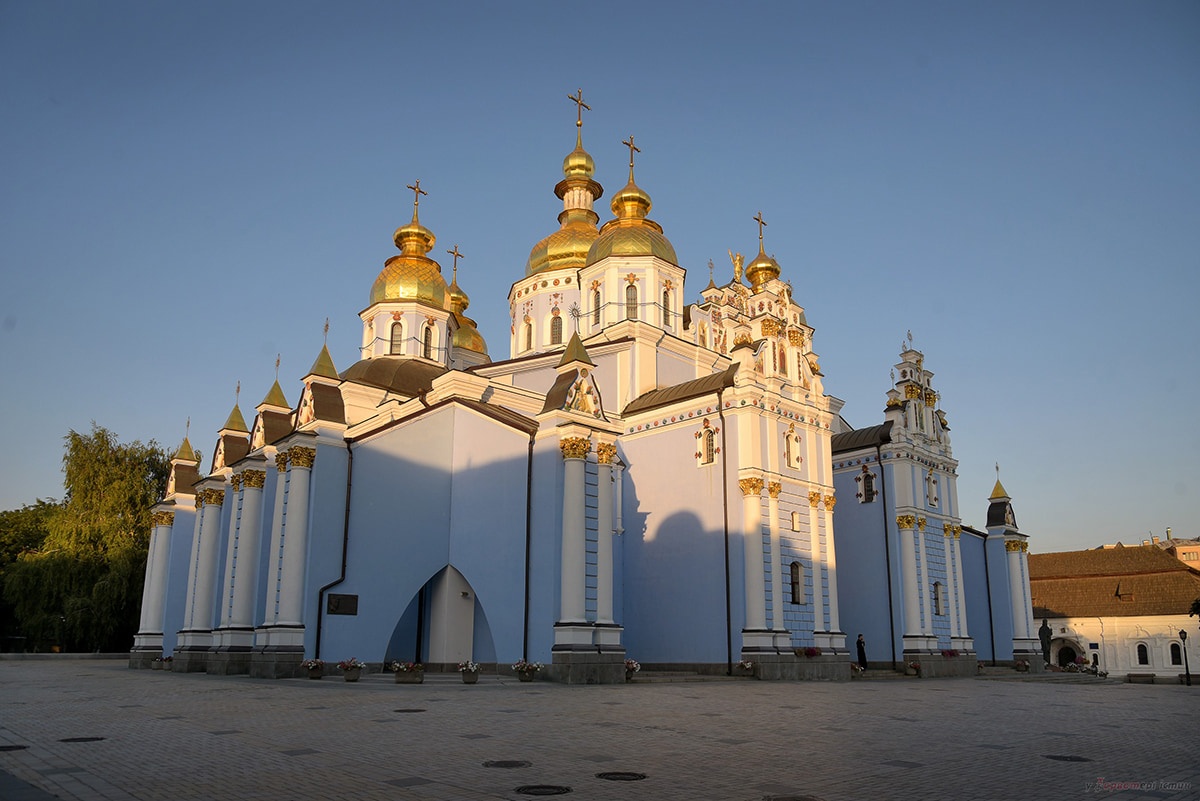 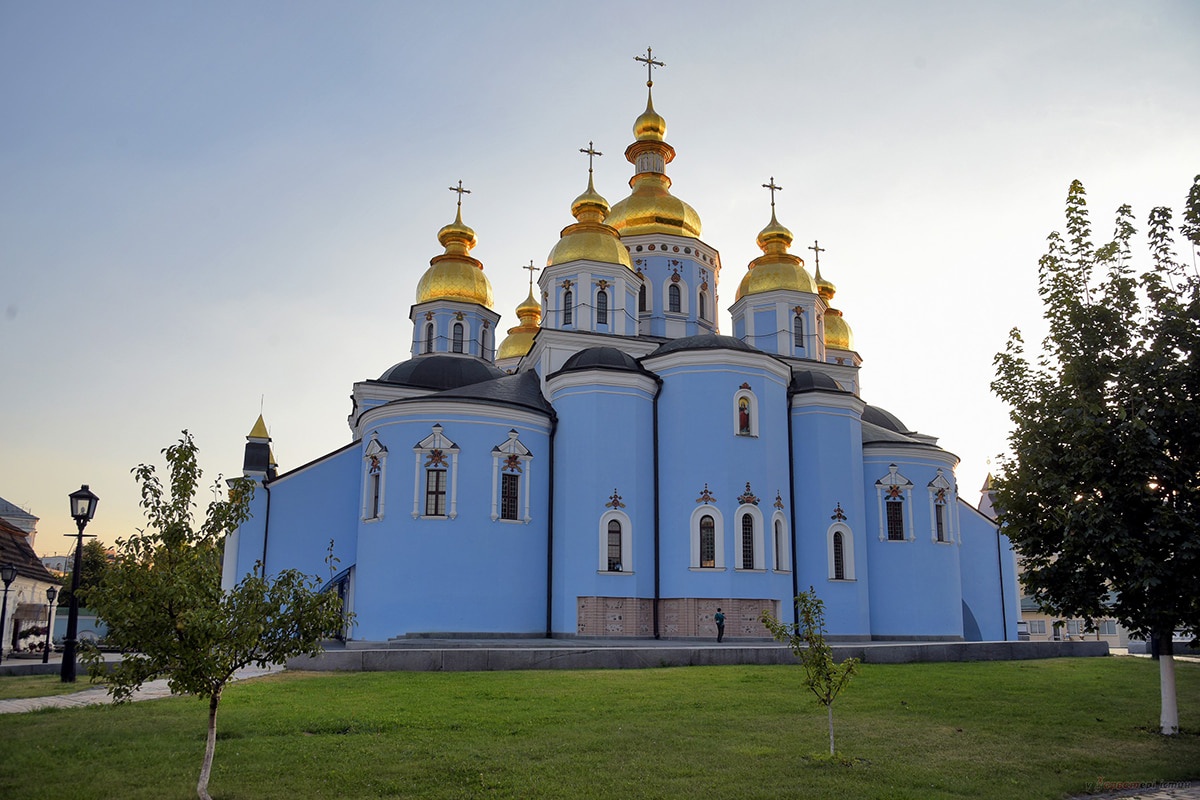 St. Michael’s Golden-Domed Monastery is a functioning Orthodox monastery in honor of Archangel Michael in Kyiv, the cathedral of the Orthodox Church of Ukraine.

In 1108, Prince Sviatopolk-Michael founded a church in the name of St. Archangel Michael. This church was at that time the only one in Kyiv that had a golden bath and because of this was named “Golden-Domed”. The monastery was the burial place of Kiev princes in the twelfth century. During the Mongol invasion in the 1240s, the monastery suffered significant damage. After numerous reconstructions and expansions in the XVI century the monastery became one of the largest and richest monasteries in Ukraine.

In 1922, St. Michael’s Monastery was liquidated. In 1934-1936, St. Michael’s Golden-Domed Cathedral, the bell tower and some other buildings of the monastery were demolished by the Soviet authorities in connection with the project to create a government center on this site. Fundraising for the reconstruction of the cathedral began in the early 1990s, which has been a priority for the state since 1995. The cathedral was rebuilt and opened in 1998.

On the territory of the monastery there is the Kyiv Orthodox Theological Academy, the Church of the Holy Apostle and Evangelist John the Theologian, the bell tower, as well as the Museum of the History of the Monastery, located in the bell tower