The building of the former «Bristol» Hotel - ViaRegiaUkraine 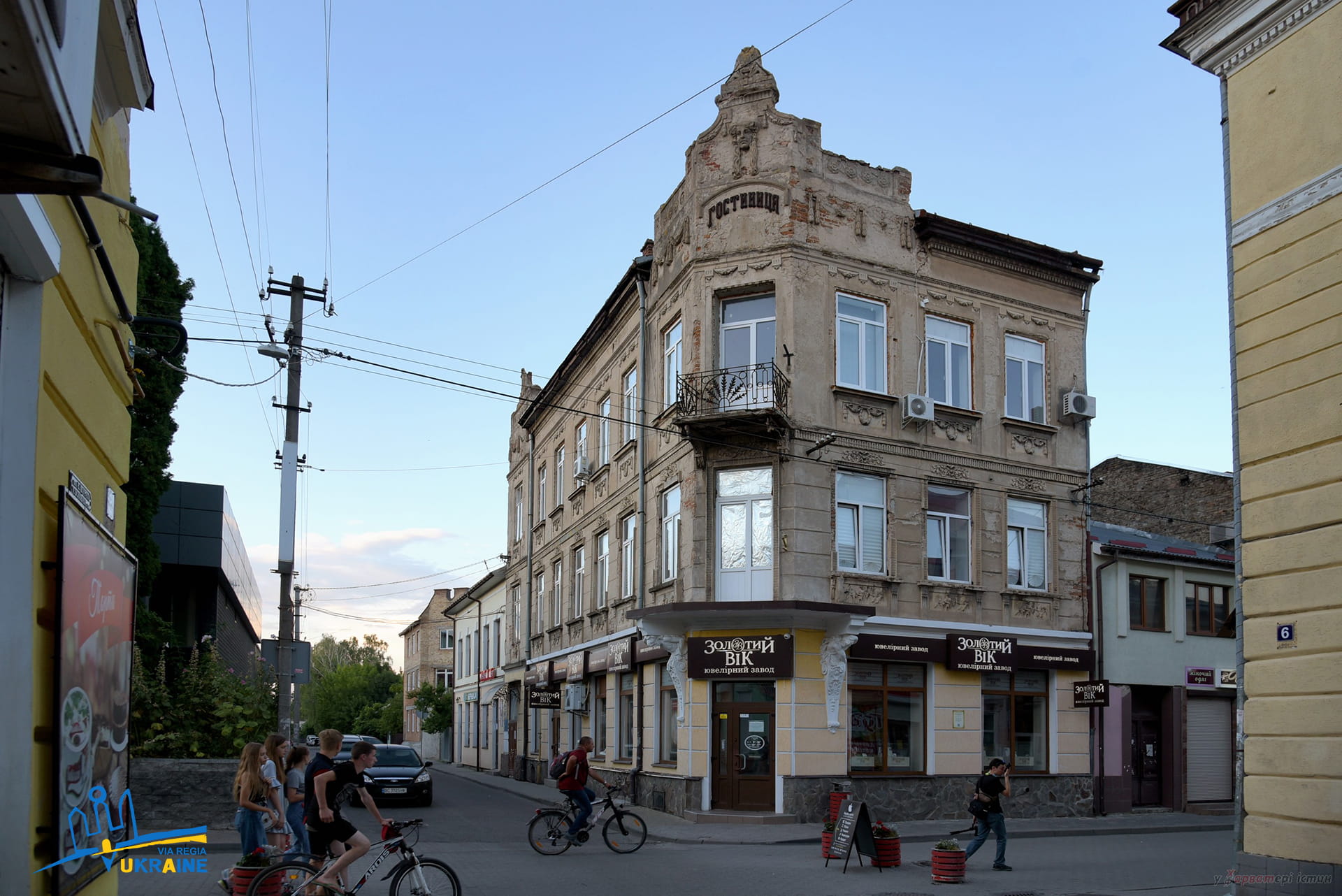 Hotel «Bristol» was built in 1909 on the corner of the main street of the city – Zolota (at that time Stephanii street) and Philip Sugar (now Academician V. Schurat street). The building has become a real decoration of the city, and that is why we often see its image on postcards before World War I and in the interwar years. Its name comes from the name of a large British port city, a powerful shopping center – Bristol. In this name there is a certain symbolism – the Old English word «Bristol» translates as «city on a bridge».

The building has three floors, with a gabled roof. The balcony of the second floor is supported by atlases, its fence of brick and stone is lost. The main pediment in the form of an attic is crowned by a monogram of Latin letters «M.Z.B.» (apparently the code name of the first owner of the building), below it there is a mascaron with the face of a young girl with a secessionist hairstyle, symbolizing the ancient Roman goddess of the morning star Venus, and below was the inscription «HOTEL», which was replaced by «HOTEL» after World War II.

The hotel was designed for 16 people, and on the first floor there was a restaurant and a casino. In 1926-1927 its owner was M. Freudenham, and in 1928-1930 M. Brochiner. In the 1930s, the hotel passed into the hands of Ukrainian entrepreneurs. As a hotel, the building was apparently used for some time after World War II.he monument is one of the most interesting examples of secession in Brody, and became famous in many countries around the world due to its descriptions in such famous works of J. Roth as «March of Radetsky» (1932), «False Weight» (1937) and others. Now the first floor of the building is used for trade. The second and third are government agencies.