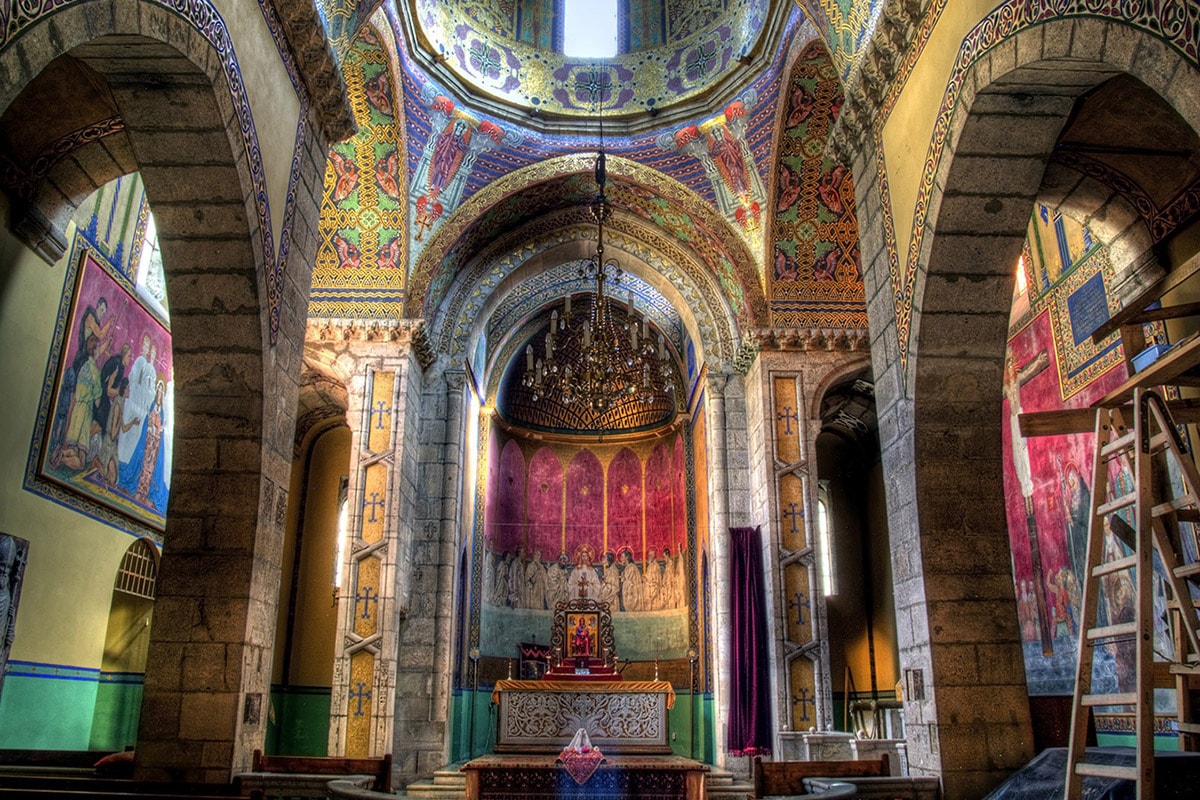 Armenian Cathedral of the Assumption of the Blessed Virgin – an architectural monument of national importance in Lviv, a UNESCO World Heritage Site; the only church of the Armenian Apostolic Church in Western Ukraine.

Its oldest part was built in 1363 in the Armenian-Oriental style by the architect Doring. In 1437 a Renaissance arcade was added to it. The middle part of the church – Baroque – was completed in 1630. The western – the newest – in 1908. Above the entrance to the courtyard rises a tower built in 1571 under the direction of architect Peter Krasovsky.

The whole Armenian street became an ensemble: the same old planning, houses from the XV to the XIX century with the preservation of Gothic, Renaissance and Empire elements. Thus, in the center of Lviv there was a wonderful architectural nook, as if transferred from the Caucasus. It consists of a cathedral in the middle of a cemetery lined with old tombstones, a monastery building of Armenian Benedictine nuns with a courtyard, an archpastoral palace, and a house for a priest.

In 1925, during the restoration of the Armenian Church, picturesque frescoes of the end of the 14th century were found in a window niche: the figure of Jesus, St. John the Theologian in the Byzantine style. On the walls of the temple are preserved frescoes of later times, as well as bas-reliefs of clergy.

After the Second World War, the ensemble of the Armenian Church was not used for the spiritual needs of the faithful. The church building has become a repository of museum antiquities. In the 90s of the twentieth century believing Armenians of Lviv revived the Armenian Apostolic Church, which is still active today