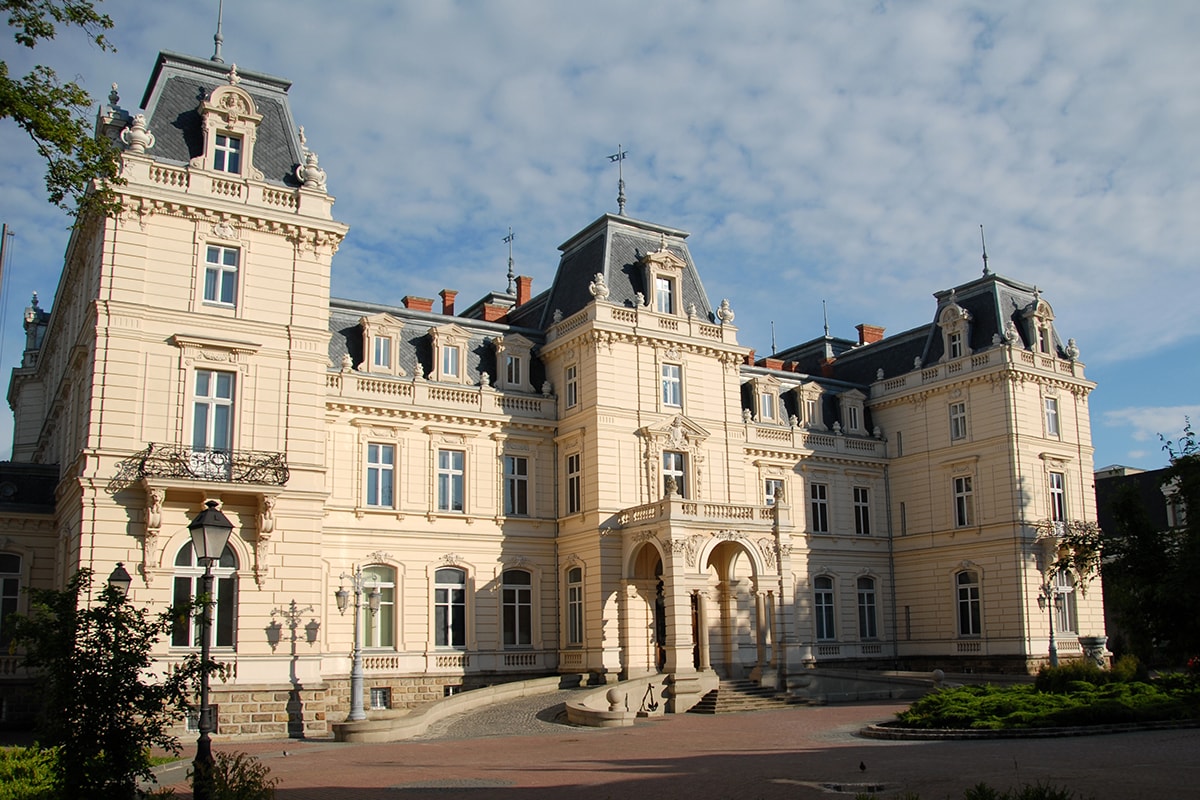 The Palace of Counts Potocki is one of the most interesting architectural monuments in Lviv. The palace is a prototype of the so-called “Entire cour et jardin” residences of King Louis XIV.

The first palace was built in the style of classicism by architect Ignatius Hambrez. It was a two-story rectangular building with a high roof. The owners were Maria from Sangushki and her husband Alfred Józef Potocki. The new palace was built in the Baroque style by French architect Louis Alphonse Rene Dovern. The project was modified by Lviv architects Juliusz Cibulski and Ludwik Baldwin-Ramult and implemented under their leadership.

The building is made in the style of French classicism, brick, plastered, H-shaped in plan, three-story, with attics. The facades are decorated with figured window frames and rustication, stucco balcony consoles and balustrades. The main entrance is decorated with an arched portico with stucco and Ionic columns.

On the ground floor there are ceremonial halls for the reception of guests, in the design of which are widely used stucco, gilding, colorful marble, valuable species of wood, painting. For receptions in the Potocki Palace there were places for the entrance of crews, meeting rooms. The total area of ​​the palace is 3100 m2.

Until 1879 there was a large city park. In the second half of the twentieth century the palace has become a venue for famous films and music videos 38 times, including “D’Artagnan and the Three Musketeers” (twice), “Bishop Andrew”, “Attache”, “Simon Petliura’s Secret Diary” and others. Today the building belongs to the Lviv Art Gallery. In 2010, on the initiative of Borys Voznytsky, a park of castles and fortifications of ancient Ukraine was laid next to the palace in the park, where models of fortifications in M ​​1:50 are displayed