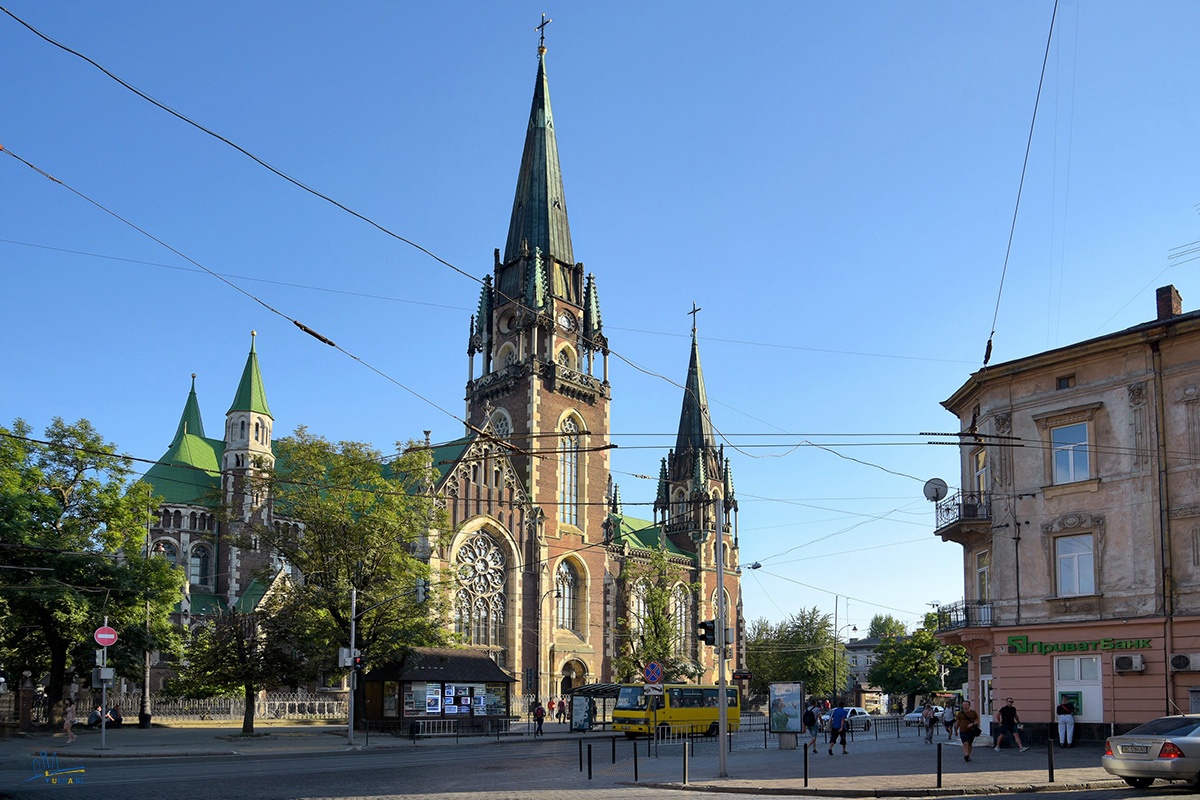 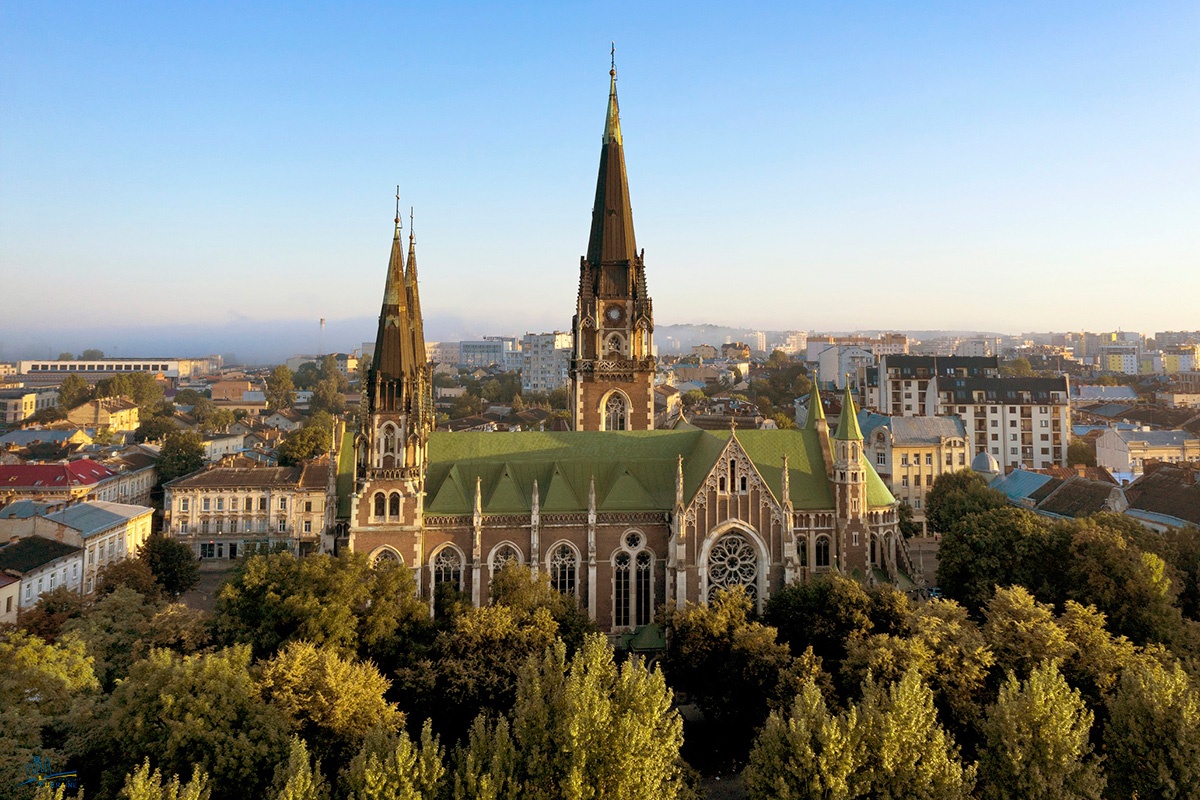 The Church of Saints Olga and Elizabeth (formerly the Church of St. Elizabeth of Hungary) is a functioning neo-Gothic church of the UGCC in Lviv, the sharp spiers of which can be seen immediately after leaving the central railway station. The church was built in 1913 by the Emperor of Austria-Hungary Franz Joseph I in memory of his wife Elizabeth of Bavaria (Habsburg) or “Sisi”, as Joseph himself called her.

Today this building is the tallest in the city (its height is 88 meters) and is one of the sights of Lviv. The church harmoniously combines North German and French Gothic architecture with an “admixture” of Romanesque style.

Because in the second half of the XIX century a large number of Polish-speaking people who professed Catholicism lived in Lviv, the choice of location for construction was made so that the church building was obscured from the main station overlooking the Cathedral of St. George, which was Greek Catholic.

During his last visit to Lviv on September 13, 1903, 73-year-old Franz Joseph I took part in laying the foundation stone for the church. Construction of the church began on September 25, 1904, under the direction of engineer Karol Richtman. The church was built for eight years. The process was led by architect Teodor Talevsky. During the First World War, church bells were melted down for military use. During the Ukrainian-Polish war of 1918-1919, the church was damaged by Ukrainian artillery. The monument “Ex obsidione ruthenorum” (“From the Ukrainian siege of March 6 and 9, 1919”) remained on the wall of the building. In 1939, the building was damaged by a bomb that exploded nearby. The walls of the temple were significantly destroyed. In 1946, during the rule of the Bolsheviks, the church was closed, the remains of organ pipes were dumped on the choirs…

Many years later, in 1991, the church was transferred to the Greek Catholic community and consecrated as the Church of St. Olga and Elizabeth. Today, the interior of the church is simple and modest: white walls, some dark red decor elements, soft light through stained glass. By the way, in 2016 a group of stained glass artists (Yuriy Pavelchuk, Oleksandr Lychko) installed the first stained glass iconostasis in Ukraine in the church.

A lot of effort and time was spent on the restoration of the temple and today guests of the city are offered free to enjoy the mysterious atmosphere of the temple every day from 8:00 (without a break) to 19:00. Additionally, from 2014 you can visit the observation deck on one of the towers of the church. The illuminated temple looks special in the evening and at night