Church of John the Baptist - ViaRegiaUkraine

Church of John the Baptist 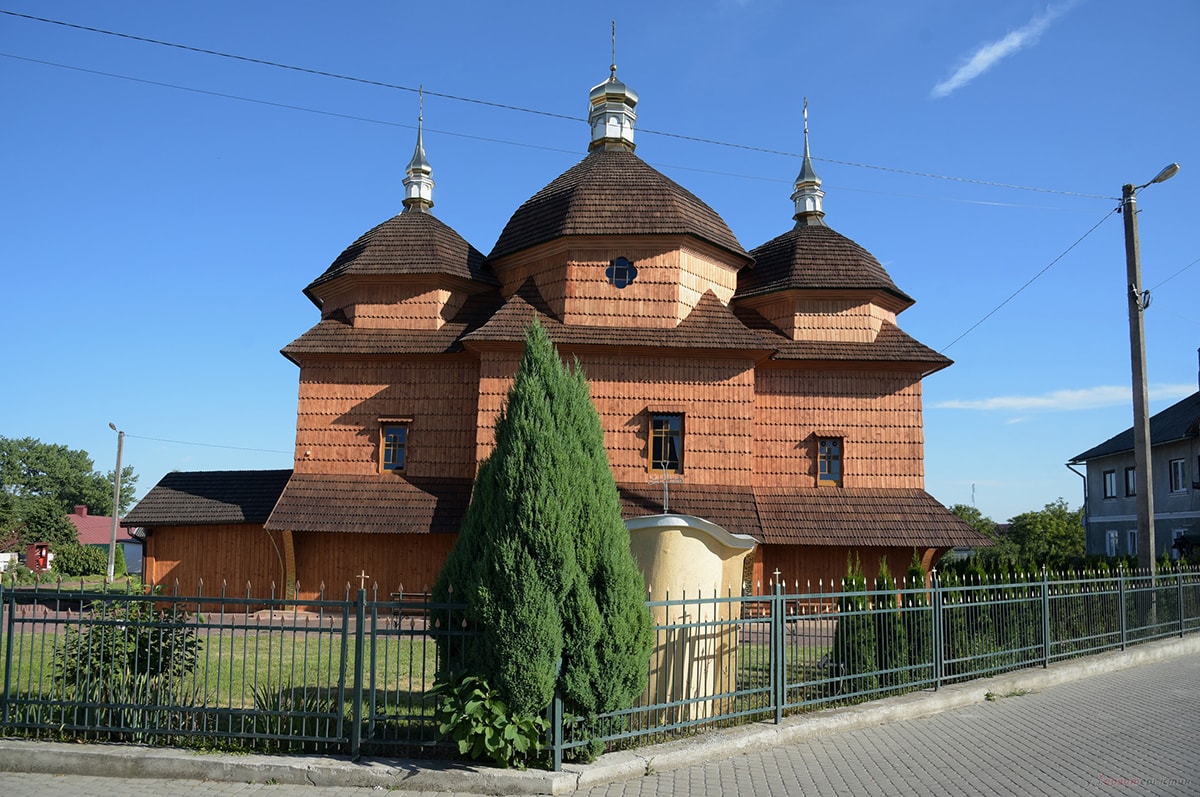 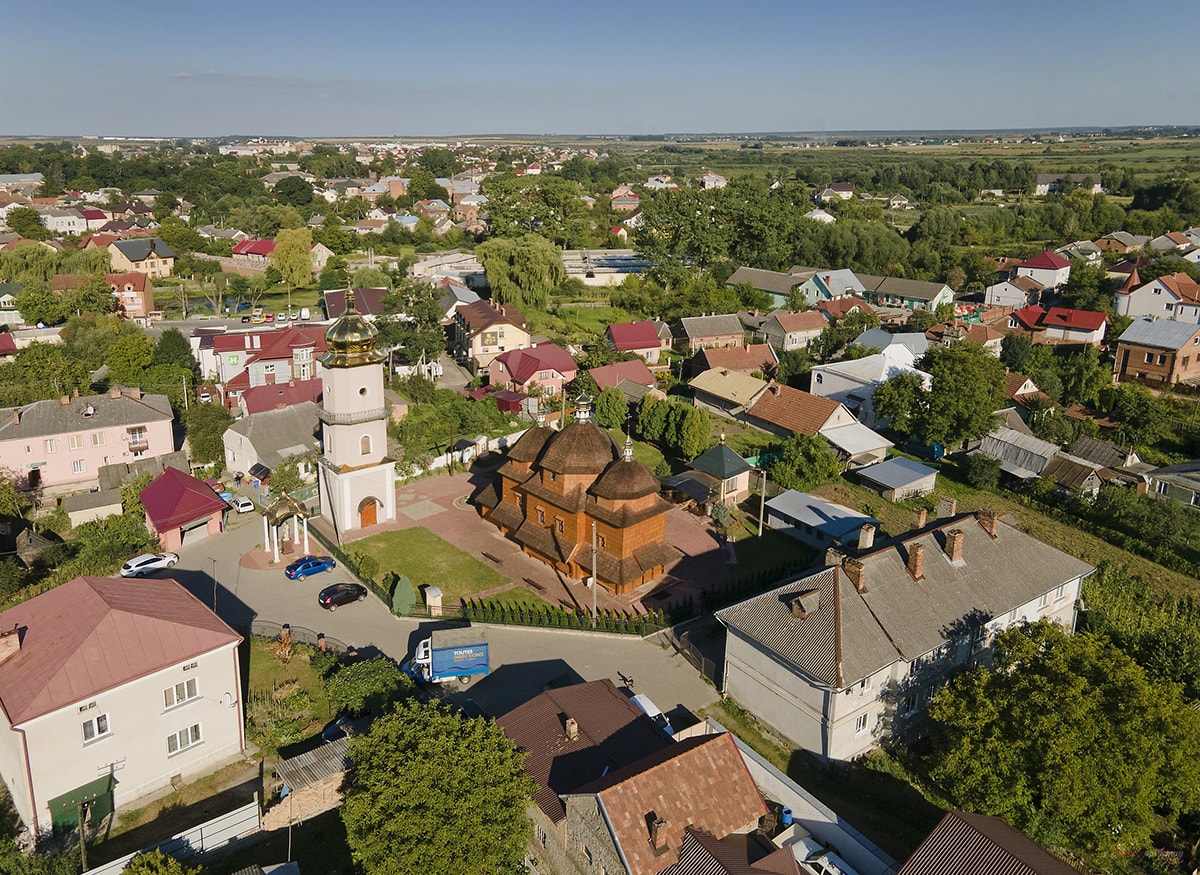 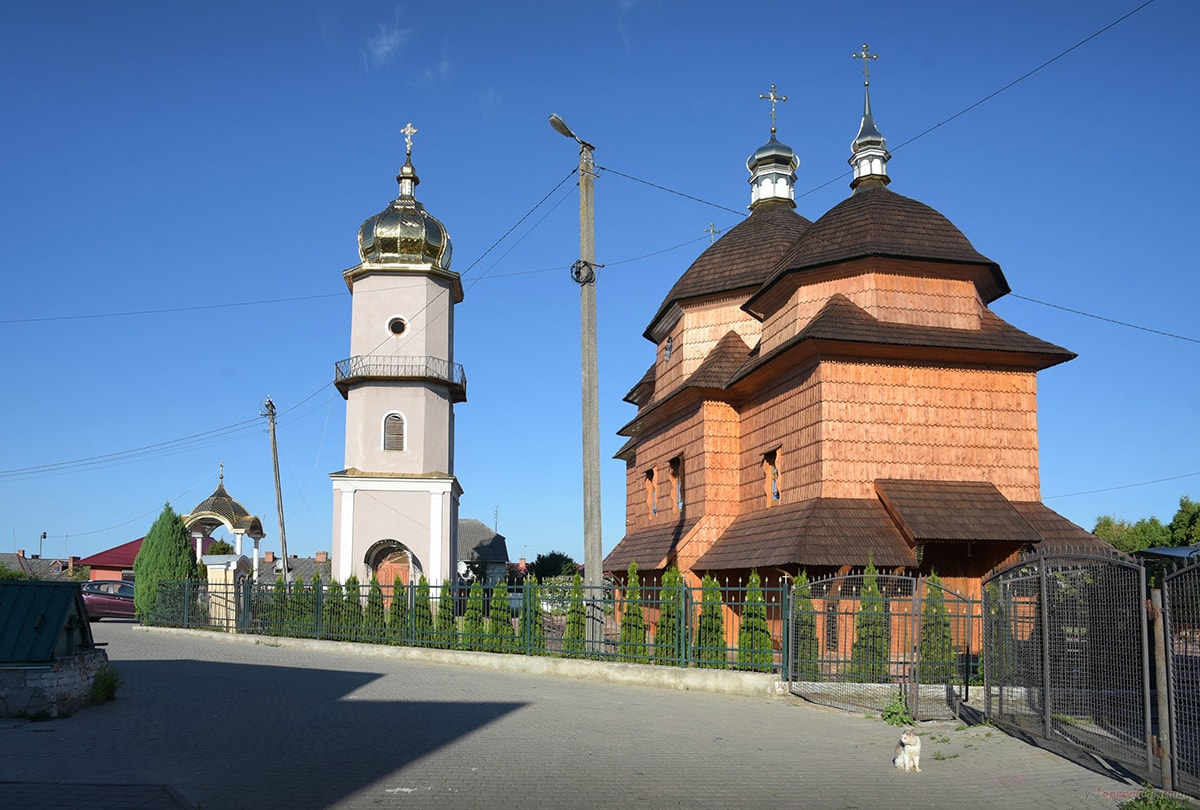 Monument of sacred architecture of the XVIII century. The church and the bell tower (brick) of 1863 are monuments of national importance.

The wooden church of St. John the Baptist, built on the site of the old church from 1403, which twice in 1660 and 1752 burned. Two years after the last fire, a shrine was built that exists today. The church is three-log, three-storey, measuring 19.8 x 6.8 m, which is completed by helmet-shaped baths topped with tops on blind lanterns. It has a rapid attic around. The walls below it are covered with boards, and above it are covered with shingles.

Later, from the east, a sacristy was added to the altar and a giant brick bell tower was erected, which visually “presses” on the church.

The fates of such prominent figures as Lev Treshchakivsky, Fr. Volodymyr Lysko, Blessed Father Roman Lysko – Holy Martyr of the UGCC, Ulas Samchuk and others