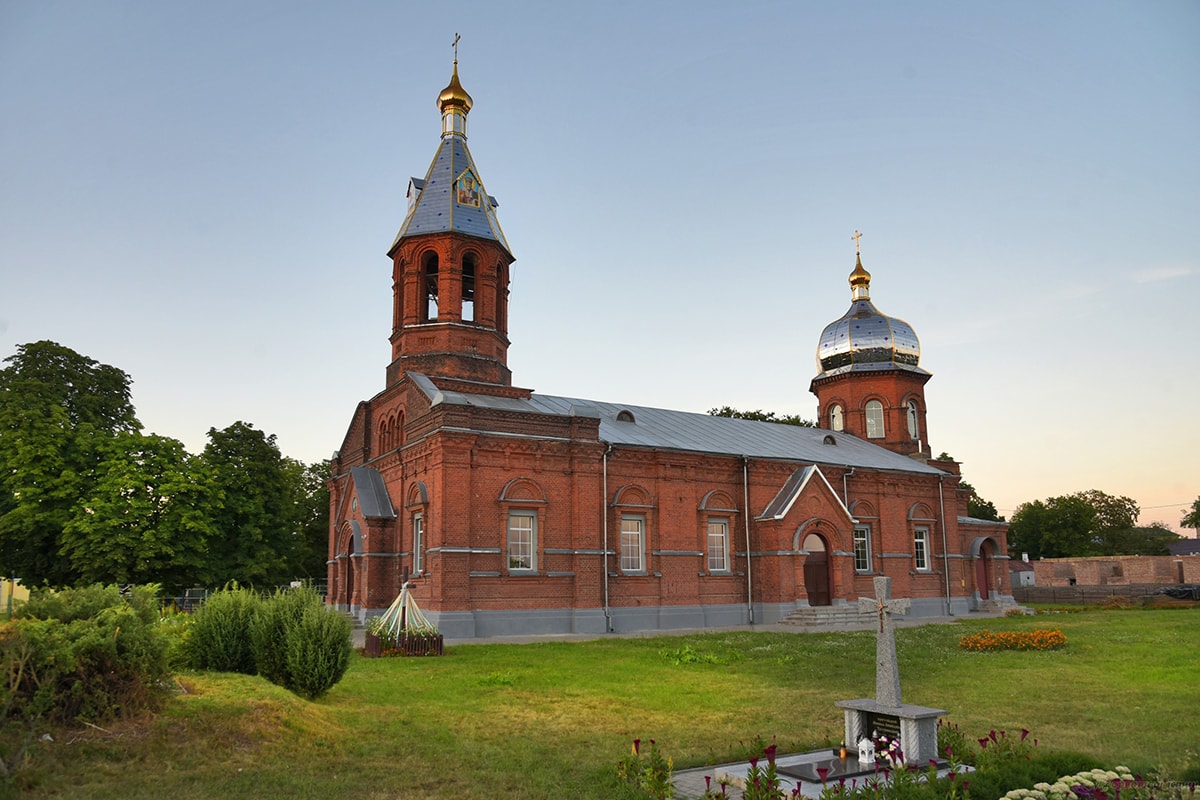 In 1908, a military church was built in the city for soldiers of the 149th Black Sea Regiment of the Russian Army, which was located in Volodymyr. Such churches were built by the decision of the General Staff of the Ministry of War according to model projects, which were approved in 1900. Soldiers’ autographs have been preserved on the walls of the church to this day. The church is built in the Russian-Byzantine style, made of red unplastered brick.

Several other buildings were built in this style in Volodymyr-Volynskyi, namely: a former men’s gymnasium, an infectious disease hospital, an officer’s house (military registration and enlistment office), and a railway station.

During the Soviet period, the house of officers was located in the church. In 1991, the church was returned to the Orthodox community.

Saint George, or George, is one of the most revered saints of the Orthodox Church. According to legend, he defeated the serpent (symbol of evil) and saved the daughter of the local prince from death. He was a real historical figure, a warrior of the Roman Empire, who repented of a debauched life and became a Christian