Cathedral of the Nativity of Christ XVIII century. - ViaRegiaUkraine 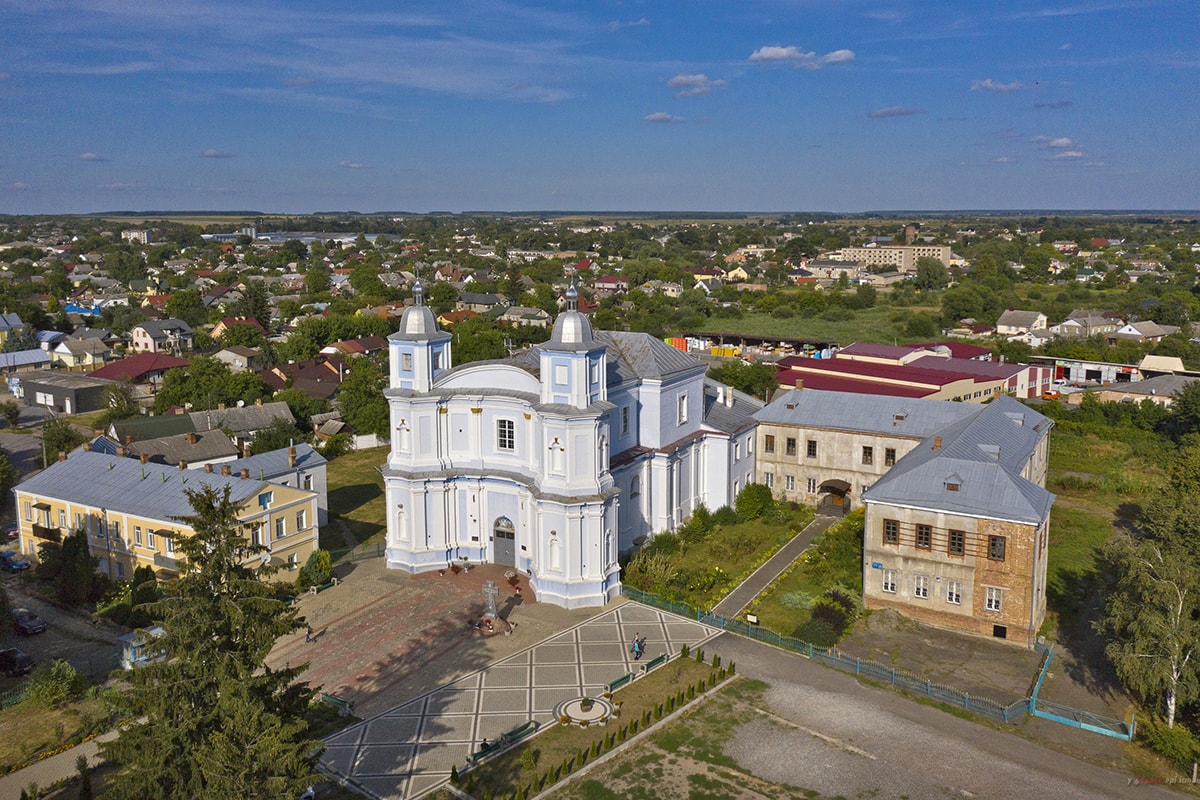 In the XVIII century Polish noblewoman Jadwiga Zagorowska organized a Jesuit mission in Volodymyr and it was decided to build a church. In 1755, with the financial support of the elder Hnat Sadovsky and his wife, the construction of the church began. It lasted 15 years. In 1770 the church was consecrated under the title “Heart of Jesus”. In 1783 the church passed to the Basilians and became known as the Cathedral of the Nativity. The Basilians built two-story cells, which housed a school and a hospital for the poor, and they also founded the city’s first pharmacy.

In the XVIII century the Volodymyr Collegium, one of the largest educational institutions of the time, operated at the monastery. The college had 7 classes, had 7 professors and 380 students (mostly children of the nobility and clergy). The most famous pupils of the institution were a native of Volodymyr, Doctor of Philosophy of Vilnius University, inventor of electrophoresis Stefan Stubelevych and philosopher, theologian, writer-humanist, public and church figure, adviser to Tsar Peter I Feofan Prokopovych.

In 1840 the cathedral and the monastery became Orthodox, and here is the episcopal chair (since 1891). During the interwar period, in Polish times, the cathedral again belonged to the Catholics and was renamed the Church of the Epistle of the Apostles.

Given the style of architecture, the cathedral is a monument in the late Baroque style. The walls of the cathedral were decorated with frescoes that have not survived.

The architectural complex of the church, which consists of the upper church, the eastern church of St. Andrew, and the underground church of the Holy Intercession with a crypt (burial under the altar), also includes the Nativity Convent with the Church of the Assumption of the Blessed Virgin. The interior of the Cathedral of the Nativity was restored in the 1990s with the support of parishioners. The iconostasis consists of three tiers. Worship services are conducted in Ukrainian.