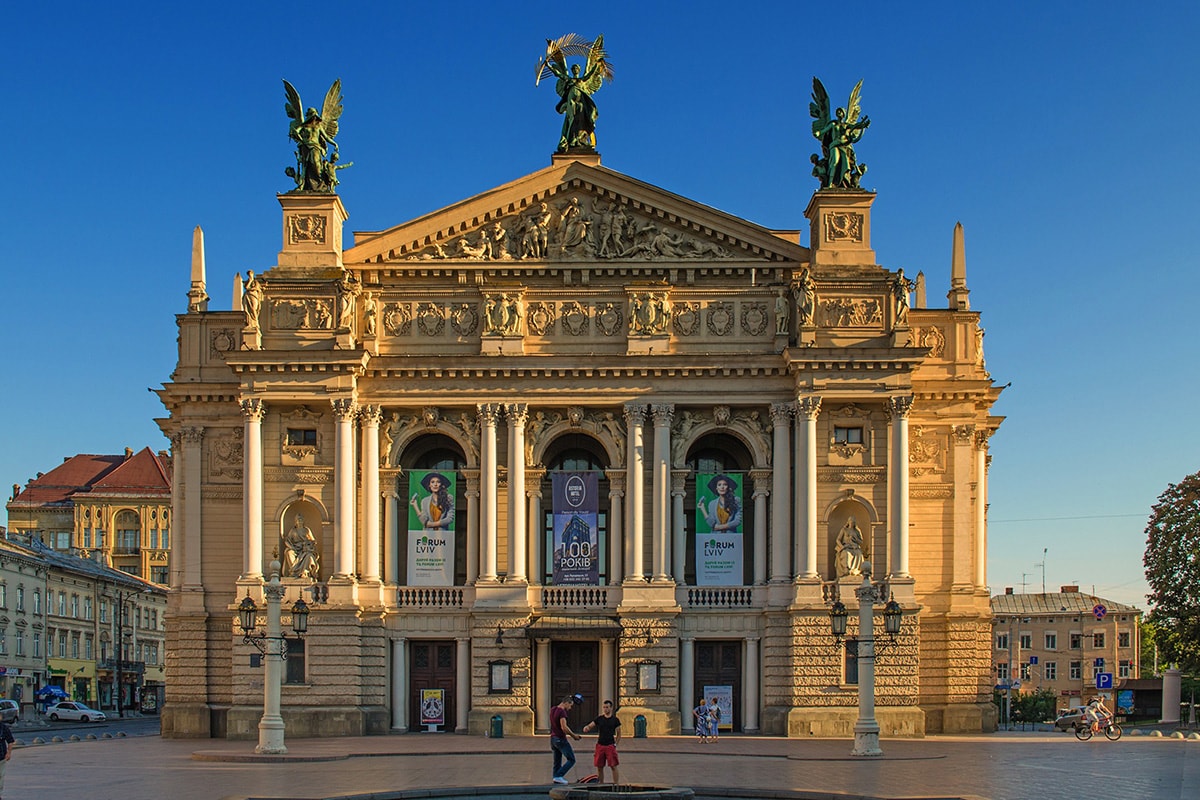 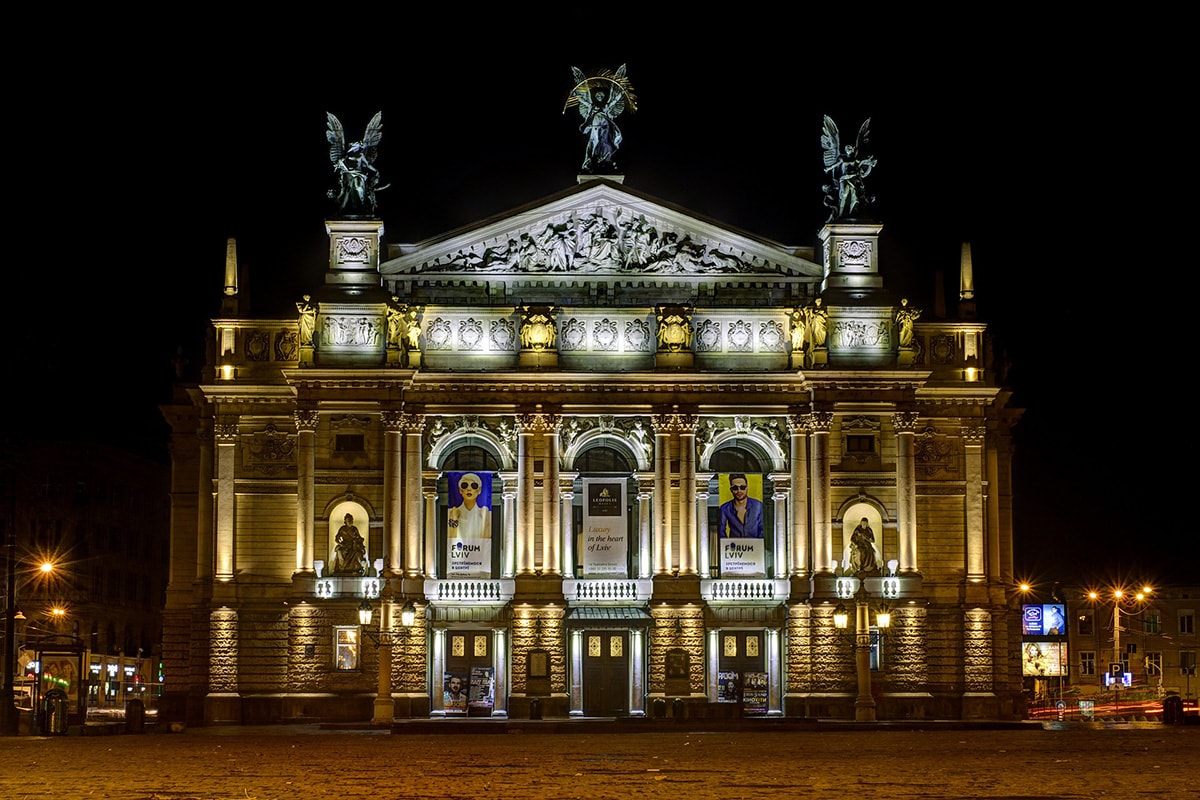 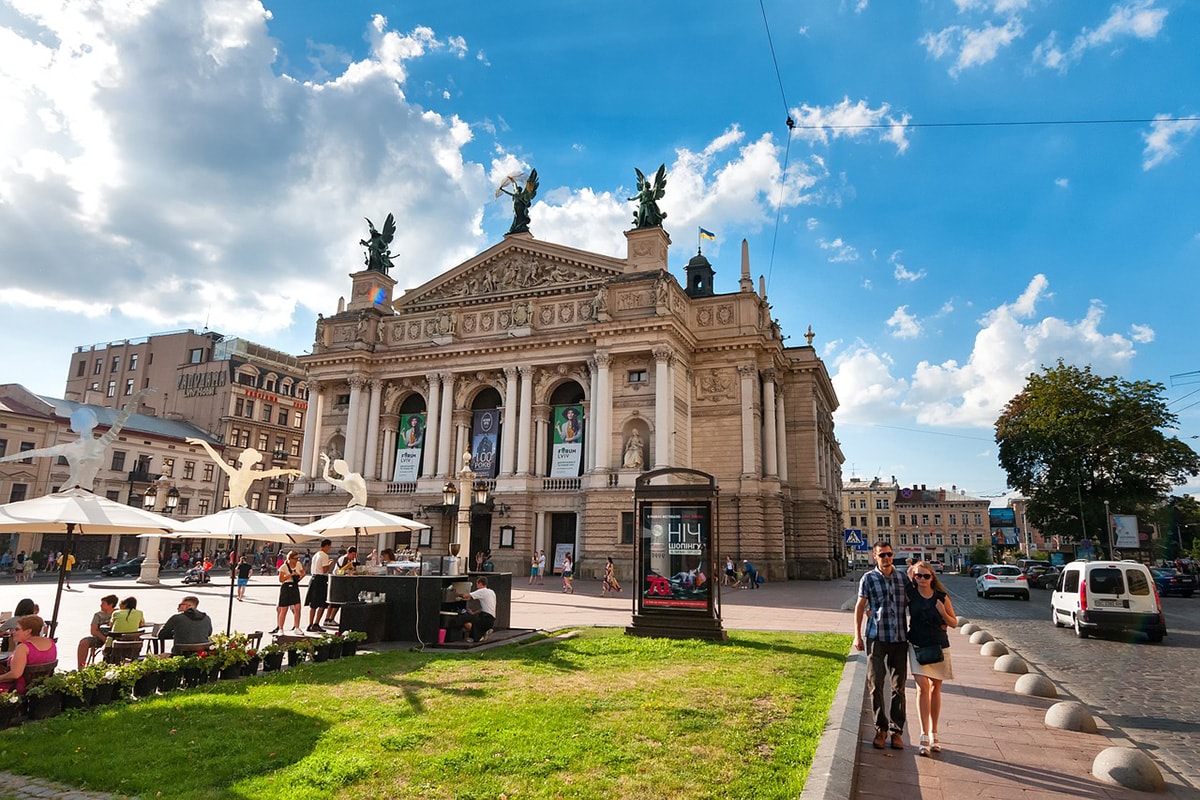 On October 4, 1900, the Lviv Opera House was inaugurated with the premiere of V. Zhelensky’s opera Janek. In 1956 it was named after Ivan Franko. Today it is the Lviv National Academic Opera and Ballet Theater. S.A. Krushelnytska.

The building itself was built on the river Poltva. This was a forced event, as there were almost no places left in the city center to build a theater. The creator was the Polish architect Zygmunt Gorgolewski.
The building is decorated with many sculptures and unique paintings. Such masters as Antonii Popel, Petro Voitovych, Tadeusz Baroncz, Julian Markowski and others worked on this. Style – Neo-Renaissance and Neo-Baroque with elements of Art Nouveau. Very rich interior, where there is a lot of marble and gilding, but also used stucco, sculpture and painting.

The central facade of the building is decorated with a sculpture “Glory” with a palm branch. The people of Lviv began to look closely at the “Glory” and one day, a professor of gynecology Mars, began to claim that they were sculpting a sculpture from a pregnant woman. Having received her address, the professor saw a woman with a child – the model confirmed that she was really pregnant at that time.

Another interesting story is connected with the curtain of the Parnassus Theater. The unique curtain was made by a famous Polish artist born in Ukraine, Heinrich Semiradsky. For 4 years he created his masterpiece and now, for over a hundred years, this incredible work of art delights the audience. Similar curtains are available only at La Scala and the Krakow Opera House.

Today, the theater has the status of a national academic and is named after the outstanding Ukrainian opera singer Solomiya Krushelnytska – the most famous singer in the world.