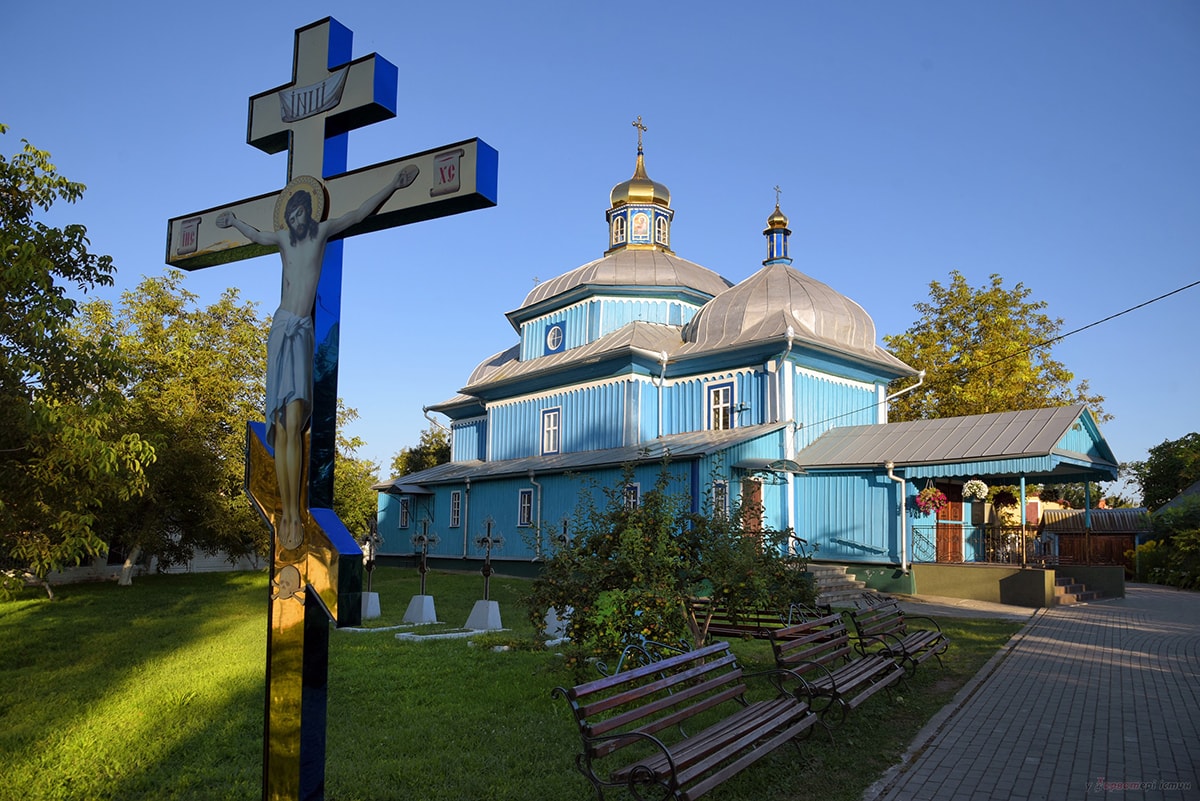 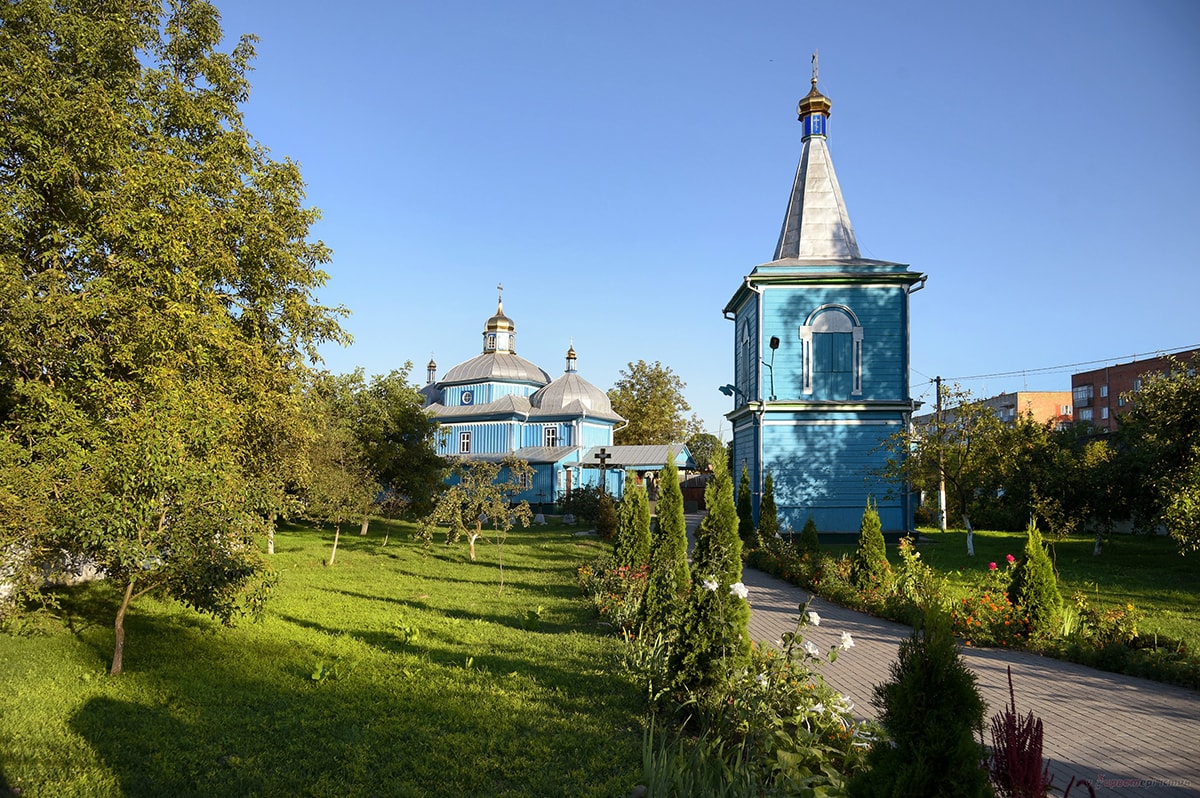 In the historic suburb of Surmychi in 1700 a wooden three-part, three-aisled St. George’s Church was built on a stone foundation. From historical sources it is known about the location of the church in this place, at least from the first half of the seventeenth century. With extremely original proportions, it is so squat that no analogues have been found even in Volyn masters, who loved this feature so much. Low pitchers and completely flattened baths with baroque roofs form a unique silhouette.

A bell tower was built next to the church in 1869. It has 5 ancient bells, 3 of them are active. The largest of them comes from the bell clock of the Gate Building of Dubna Castle and was cast by order of Prince Pavel Karol Sangushko in 1727.

The church has a large artistic price iconostasis. There are local icons painted by the famous Ukrainian artist of the late XVII – early XVIII centuries Iov Kondzelevich.

Currently, the monument of history, culture and architecture of national importance is used as a religious building, which is on the balance of the State Historical and Cultural Reserve of Dubno