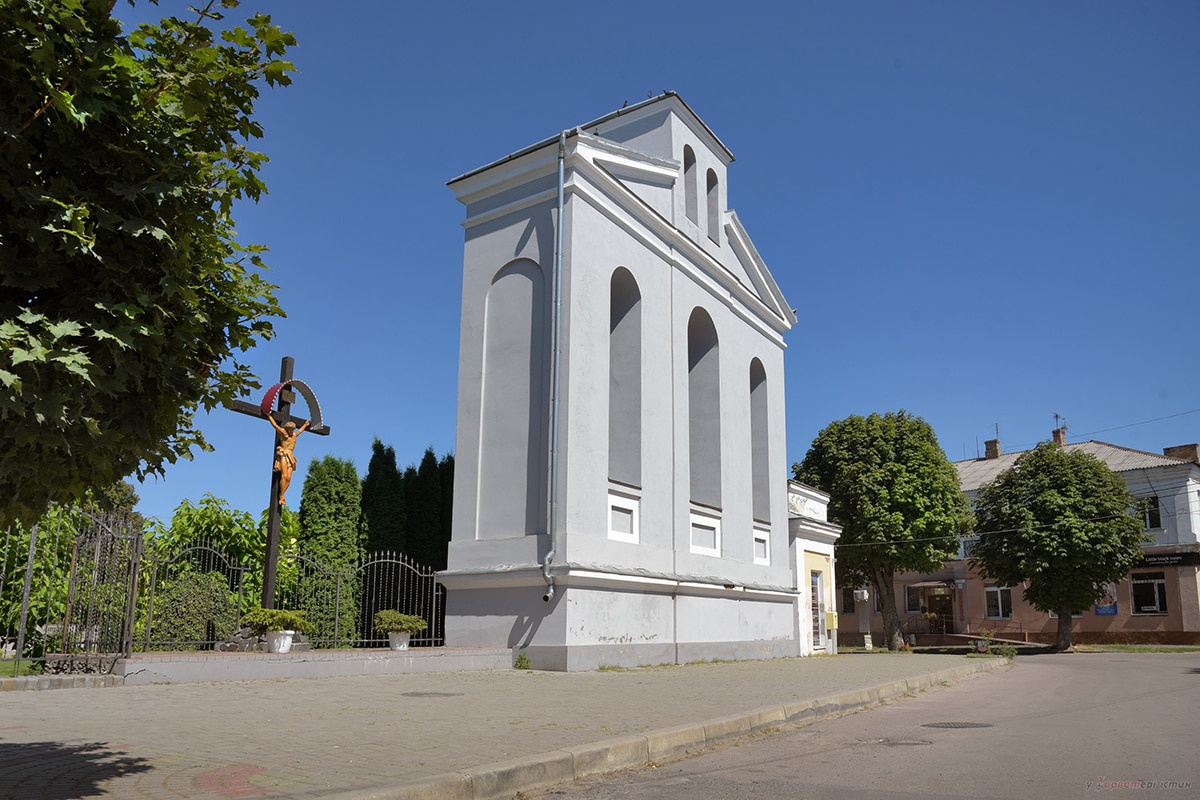 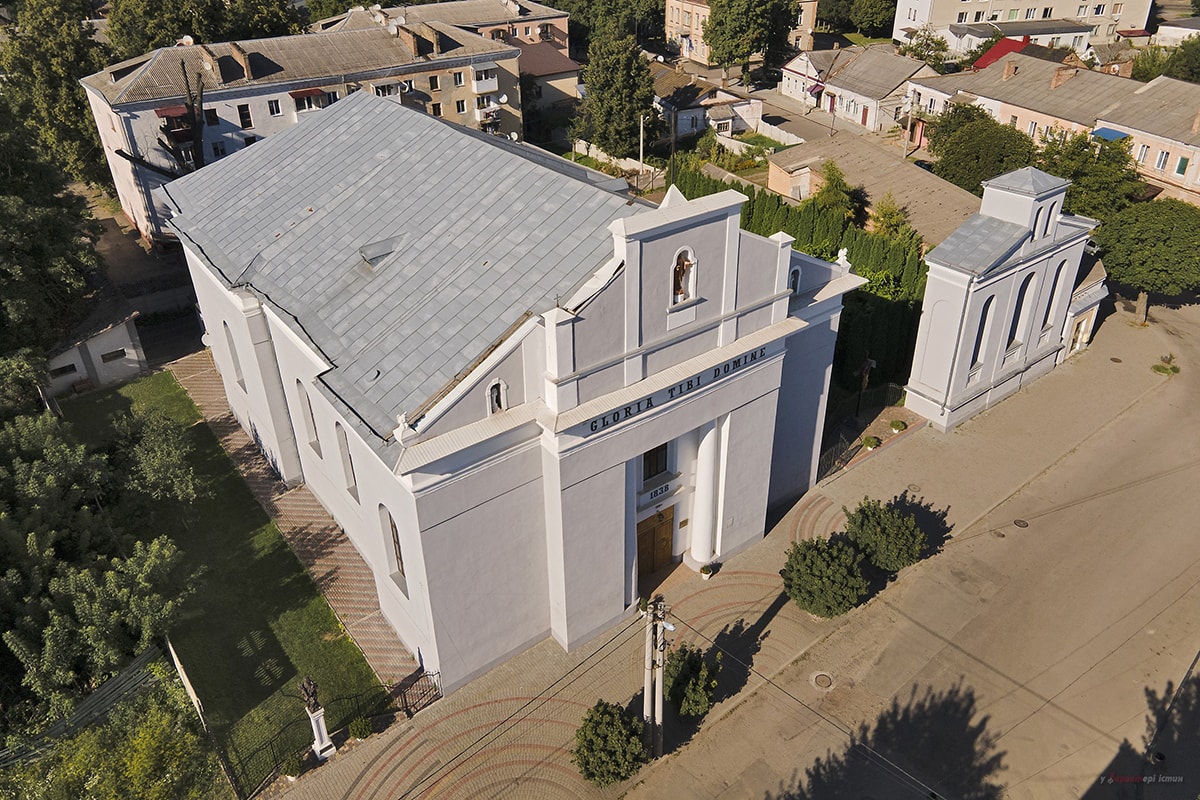 One of the spiritual shrines of Dubno is the Roman Catholic Church of Jan Nepomuk. The history of the parish church in Dubno dates back to the 16th century. The first known temple was wooden and stood near the later location of the Bernardine monastery.

Construction of the stone church began after 1791. The consecration of the parish church took place in 1830 by the local pastor Alois Osynsky. The church belongs to the period of late classicism and is named after the patron saint of the church – the revered Czech Catholic saint, priest, martyr Jan Nepomuk.

The historical fact is recorded that 150 years ago, in 1842, during the persecution of the Russian autocracy of the Catholic faith, a Eucharistic miracle took place in the church. When the believers came to pray, in the rays, Jesus appeared over the altar with his arms outstretched over the people, as if to support them. While everyone was praying, Jesus did not disappear. The fact of the miracle is recorded in Vatican documents.

The church was hardly damaged during the First and Second World Wars. In order to adapt the temple to a sports hall, the Soviets completely changed its central facade and destroyed the murals.