Cathedral of the Nativity of the Blessed Virgin - ViaRegiaUkraine 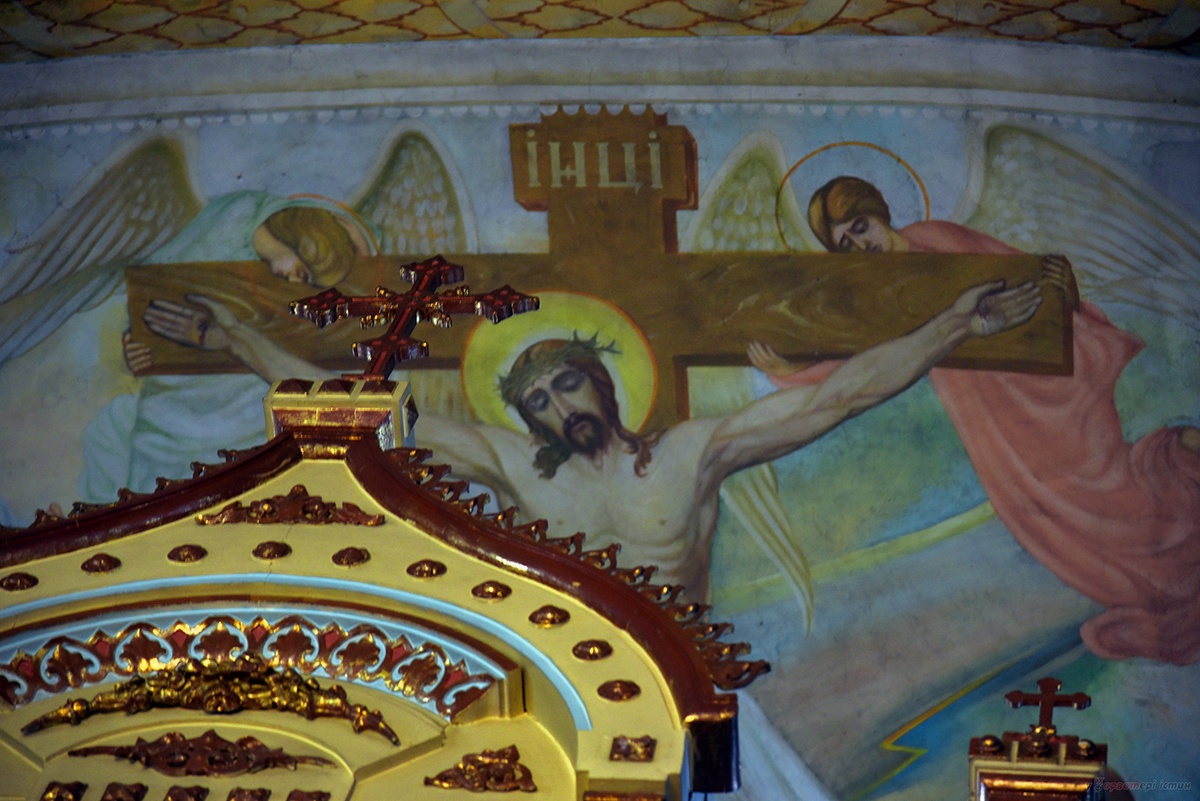 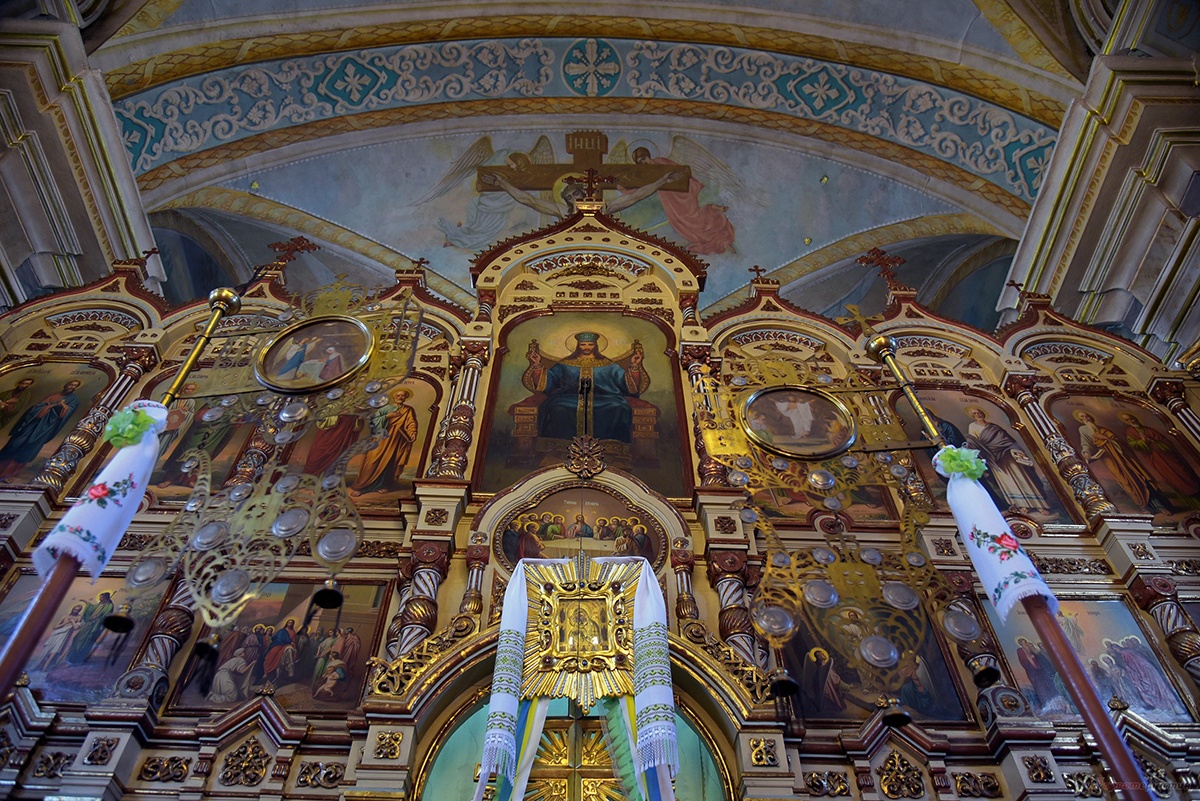 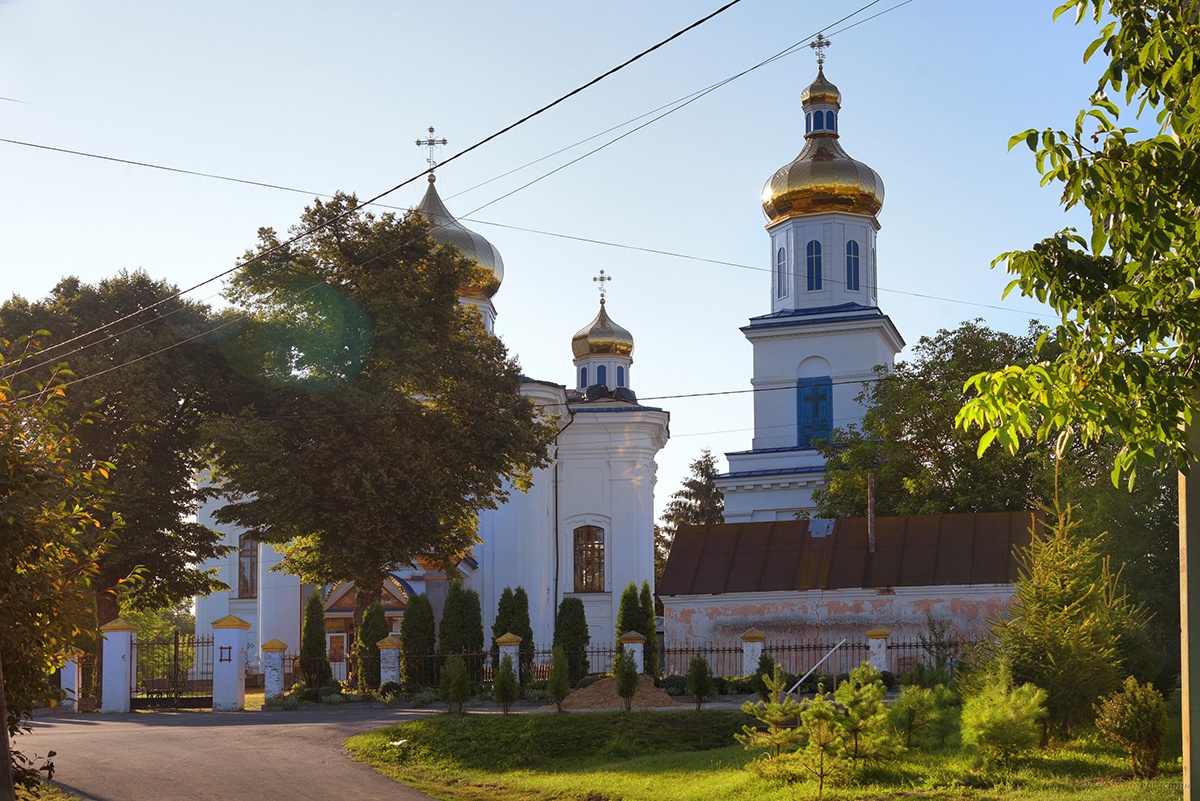 The founder of the Nativity of the Virgin Monastery and the monastery church of the Nativity of the Virgin is Princess Anna, who was the wife of Prince Mykhailo Puzyna – a native of Rurik, who in the XVI century found themselves in Volyn. Having founded a monastery in 1665, she allocated land for its construction from her estate in the village Strakliv (in 1975 it became the city of Dubno) and significant sums from its treasury.

The Cathedral of the Nativity of the Blessed Virgin Mary is the pearl of the city of Dubno – a temple of incredible beauty and grandeur. The exterior decoration of the walls is both grand and enduring, and modest and amazing. This shrine of Orthodoxy is well hidden among the centuries-old trees, under which you want to think only about the sacred and eternal.

Its builders, of course, were Volyn architects. They combined Byzantine architectural style with Ukrainian Baroque. The church is brick, five-domed, in plan – cross-shaped, has a magnificent multi-tiered art-carved iconostasis with the icon of the Mother of God, other valuable icons, bowls, liturgical books. The total area of ​​the cathedral is over 700 square meters, and the baths of the cathedral and the bell tower rose to a bird’s eye view.

From an architectural point of view, the cathedral with a bell tower is a model of a Byzantine brick church of the XII century, but in combination with the use of elements inherent in classical architecture. The building materials for it were a brick made of special firing clay and a white mortar made of sand, lime, eggs and whey. Ten tall semi-finished windows and three smaller ones add a lot of light.

The refined appearance of Straklivsky Cathedral complements its interior with very majestic architecture: fantastically beautiful domed vaults, cornices, columns, earrings. The iconostasis is three-tiered, wooden, multi-carved with columns and gilded cornices. The width and height of the iconostasis is 7 m from the top cross.

The paintings of the cathedral impress with their uniqueness, elegance, perfection, exceptional correctness of the drawing. Icons are skillfully painted with oil paints. According to an ancient Eastern custom, in the middle of the temple in the center of the vault is a gray-haired Elder, who personified the Creator of God, who holds the universe with his hands. In the central vaults at the edges, the painting is dedicated to the four evangelists (Matthew, Mark, Luke and John) and other evangelical themes.

According to reliable documents, the Nativity of the Virgin Monastery ceased to exist at the end of the 18th century, and its church became a parish church. Later, there was a theological school at the monastery, and a service in the Ukrainian language was held in the church.

On January 20, 1994, the parishioners unanimously came under the control of the Ukrainian Orthodox Church of the Kyiv Patriarchate.
Anyone who has ever visited this house of God will definitely want to come back here again, because the cathedral has never been closed since its consecration. Here the service of God is constantly performed and a silent prayer is heard