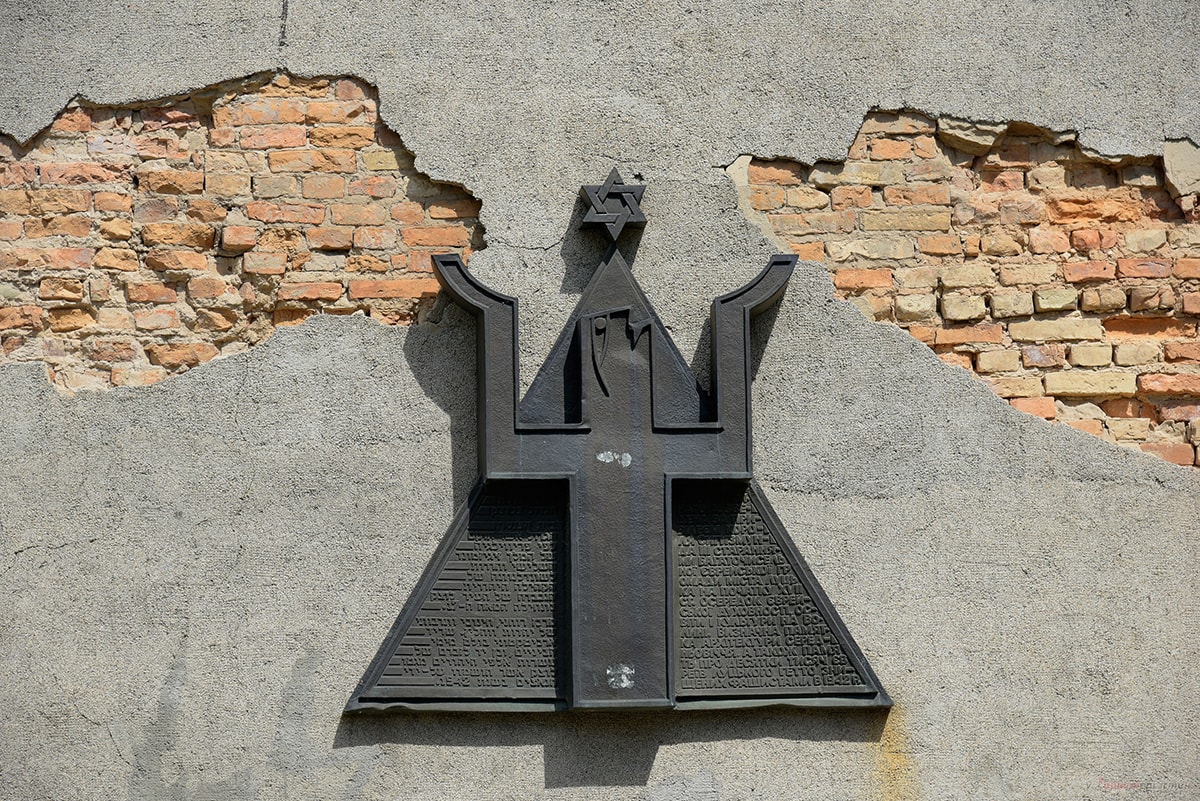 Great Synagogue of Lutsk – is an old renaissance synagogue with a defensive tower; an architectural monument of national significance, situated on the D.Halytska street on the territory of the reserve.

In 1600 the Jewish community of Lutsk received a privilege of self-government in the Jewish block of the city from the king Sigismund III. Researchers suggest that starting from the second half of XVI century there was a brick synagogue in the city, that burned down during the Tatar raid in 1617. A New Great Synagogue was built in 1620 in the center of one of the Jewish shtetls in Lutsk. For a long time it was used as a religious, educational and public center for Jewish people of Lutsk. In addition, the object performed defensive functions.

The synagogue was partly ruined in 1942 and during following decades. It was partly reconstructed in 1970. Later on, it was used as a premise for sport club. Currently, a process of returning the synagogue to the Jewish community for further usage as intended is taking place