Church of the Assumption of the Blessed Virgin Mary - ViaRegiaUkraine 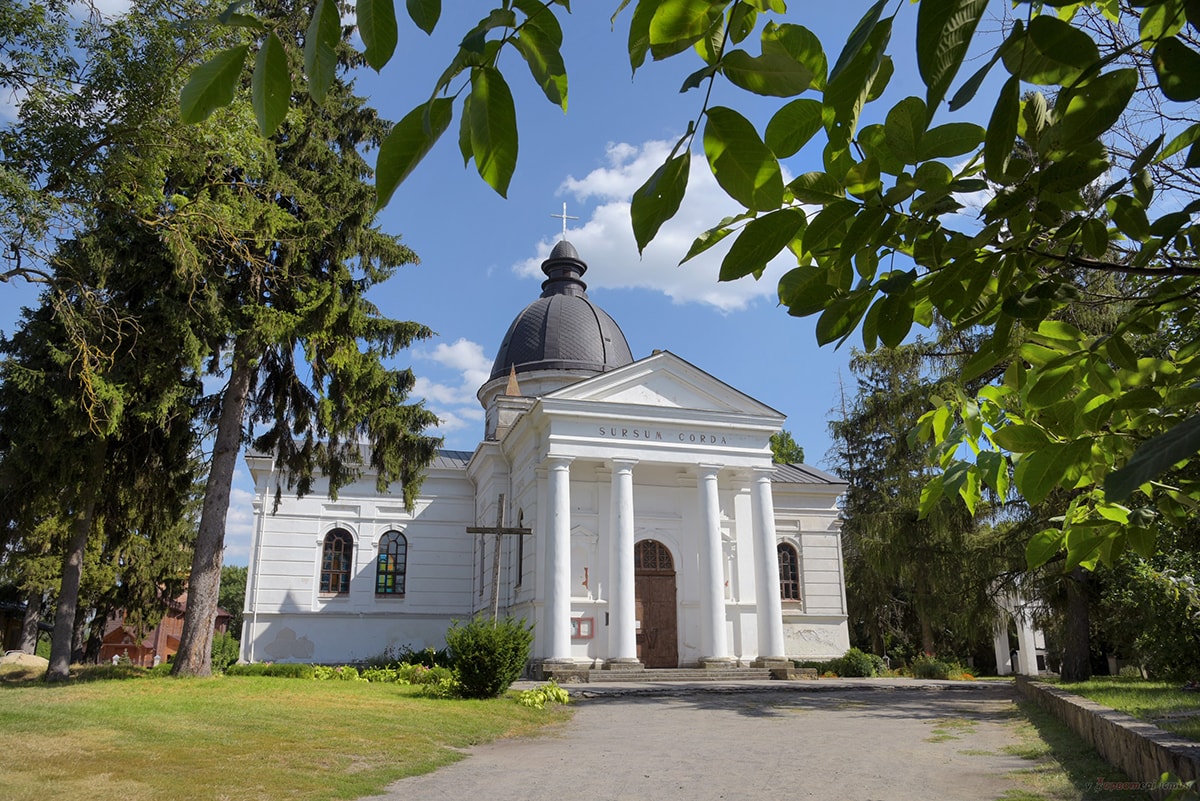 A monument of sacred construction, a functioning Christian church with a long history. There are several versions regarding the time of construction. According to one of them, the church of the Dominican Order was rebuilt from the Orthodox Church of the Blessed Virgin in the middle of the XV century, and the exact date of its construction remains unknown. In the 16th and early 17th centuries, the Catholic church acquired the status of a parish church. Later, an architectural ensemble of the parish, the chapel of Mary, the new bell tower, the chapel of Jan Nepomuk began to form near the church.

The history of changes in architectural and stylistic planning is interesting. In the 18th century, the church acquired the features of the neo-Gothic style, and the fires that often occurred in Ostroh in the 19th century significantly changed the city’s infrastructure. Thus, after the great fire of 1889, there was a need to build a new church, which already had the features of neoclassicism. Today, the entrance to the shrine is decorated with a portico and four columns, and on the facade of the building there is an inscription in Latin “SURSUM CORDA”, which calls on the parishioners of the Roman Catholic Church to prepare and open their hearts to prayer