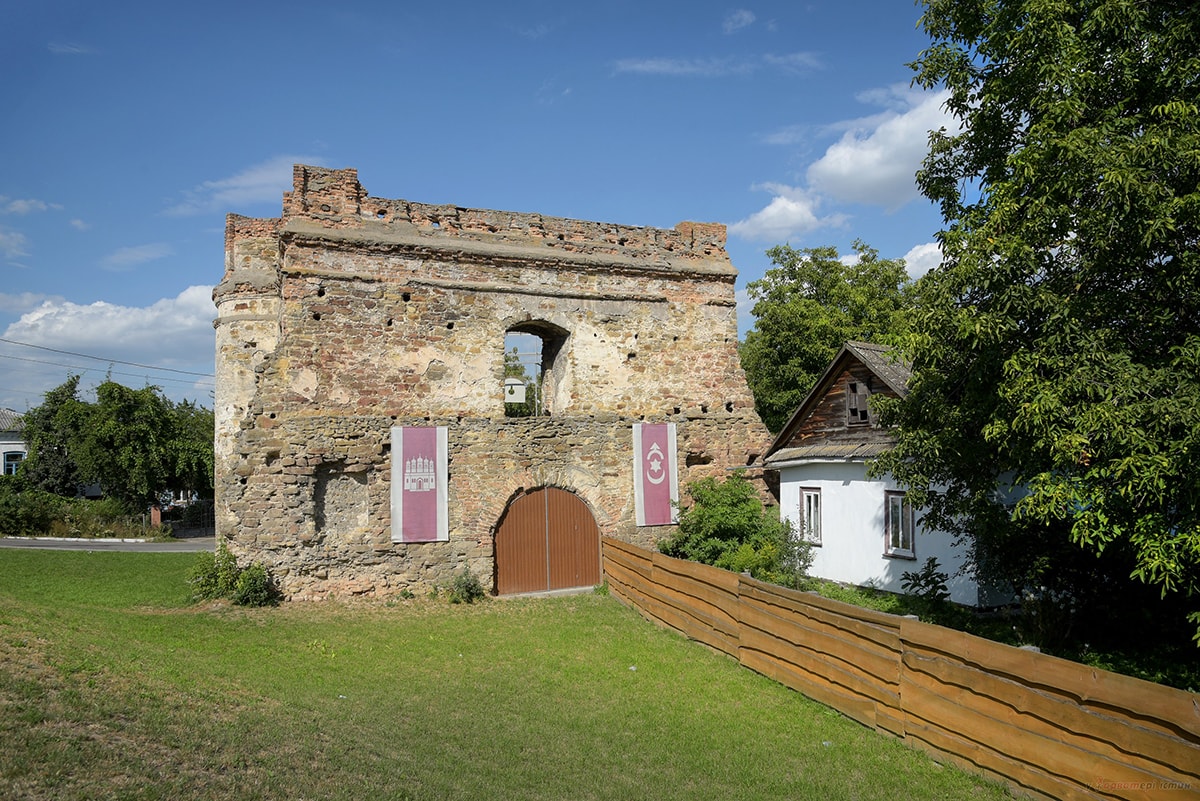 For more than a hundred years, the only entrance to the Castle Hill is the arched opening of the gate tower-bell tower, which was built in 1905 by the engineer-architect O. Pavlovsky.
The three-storey building is the most modern in the architectural ensemble of monuments of the State Historical and Cultural Reserve of Ostroh and belongs to the last period of construction and landscaping on the Castle Hill. It is located on the site of the former entrance tower, through which it was possible to enter the territory of the prince’s bypass. During one of the fires in the second half of the XIX century, both the bridge and the tower, which were made of wood, burned to the ground, so the building material of the new tower was brick, and the bridge was replaced by an earthen embankment.