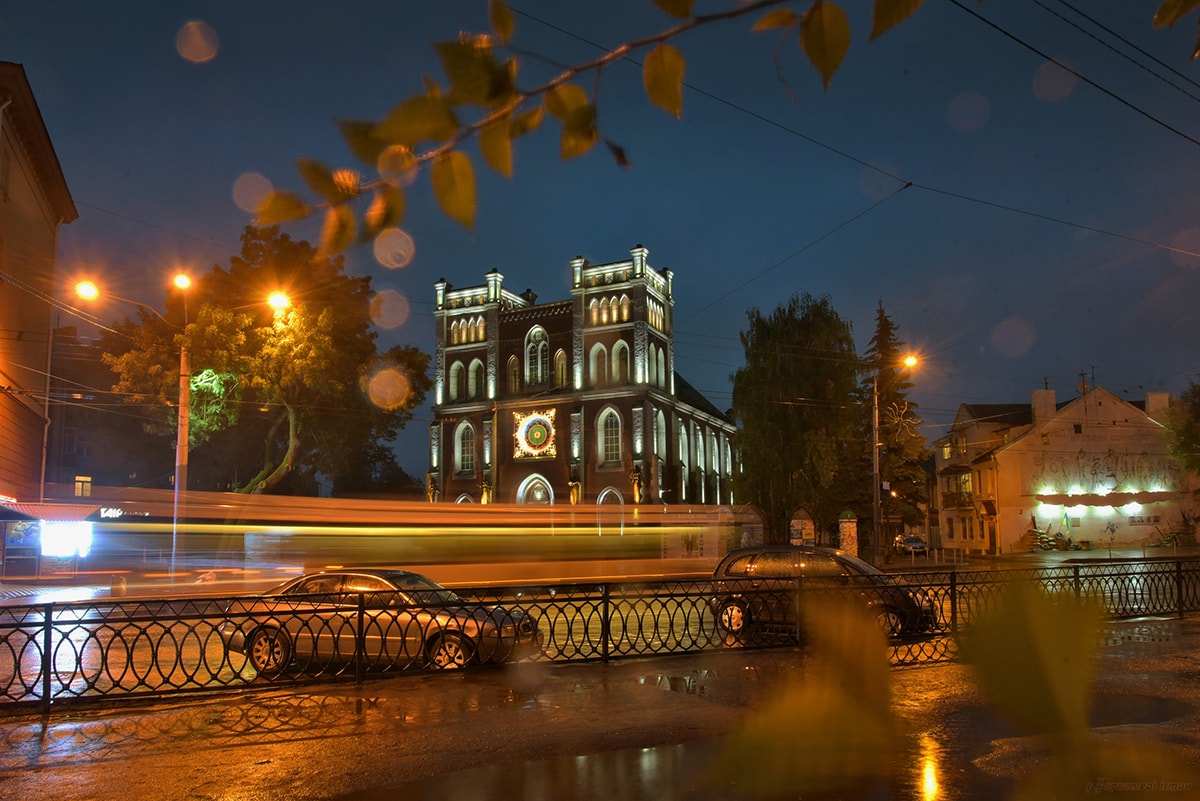 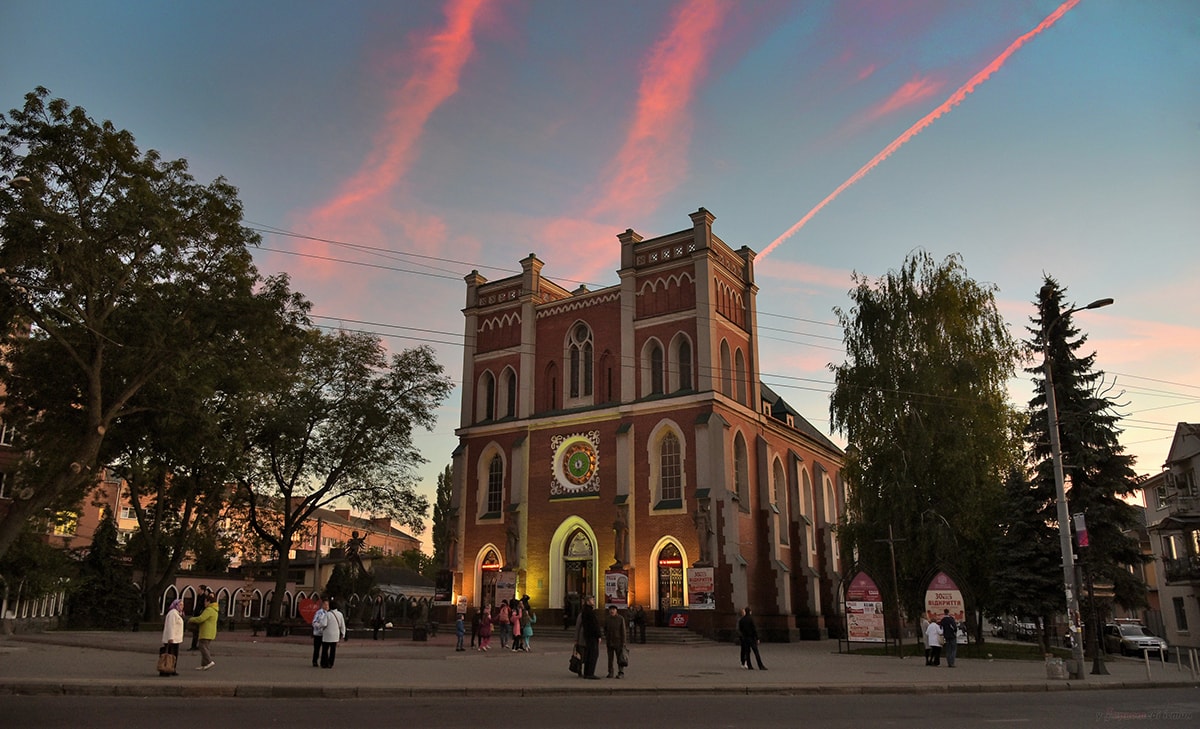 An architectural monument of local significance

Having survived, although in a somewhat damaged state, the two world wars of the twentieth century before the “bloody councils” the Catholic shrine of Rivne did not resist – in the early 1950s it was finally closed, looted property, central facade towers and unique interior decoration (stained glass, frescoes, crypts , body) destroyed, giving the building itself for the needs of the cinema. During the closing of the church, the spiers with crosses and the upper tier of the corner towers were dismantled, as a result of which the church ceased to be the tallest building in the city.

In 1987, the unique acoustics of the Church of St. Anthony secured it the fate of the chamber and organ music hall as which it exists today.