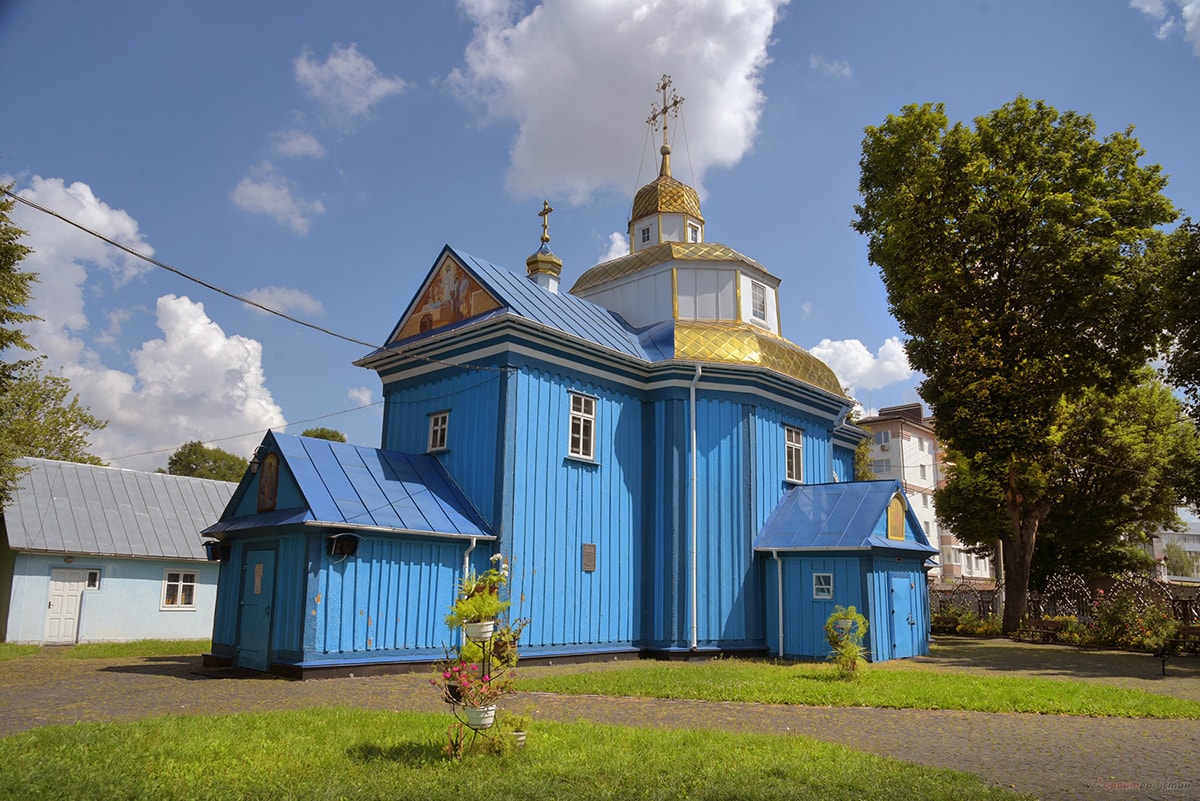 The Church of the Assumption was built in 1756, the year of its origin is dated according to the inscription that has survived to this day on the door of the building. For a long time she was Greek Catholic.

The church belongs to the category of creations of the Volyn school of wooden architecture, metal nails were not used for construction. For construction of a monument three frameworks with identical height are used. Natural shingles were used to cover the temple.

At the beginning of the XIX century the walls of the church were not painted, there was a wooden iconostasis in the room, dated 1784. It was created in the Baroque style, there were elements of painting with special paints of silver and gold, which were used for icon painting. Threaded elements were visible. A temple icon is located near the wing. One of the icons of the church, which dates back to 1790, has been preserved to this day

Many temples were closed in the 20th century. Valuable icons and relics from the city of Rivne and the whole district were taken for storage in the Church of the Assumption, because it was active. In 1979 the church acquired the status of an architectural monument of national importance. Today, the building is very popular among future couples who want to get married.